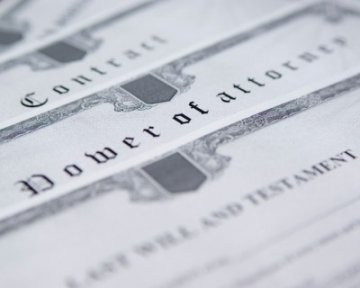 Over the last three years, the number of power of attorney revocations has risen by 153%, according to data obtained under the Freedom of Information Act.

Choosing your attorney should not be taken lightly—the appointed individual will be tasked with looking after your property and financial affairs if you become unable to do so yourself. It’s therefore vital to choose someone you trust unequivocally.

Unfortunately, as the data shows, powers of attorney abuses are far from unheard of. In 2013, 68 attorneys and deputies were removed from their position due to financial mismanagement or alleged theft. The following year, a staggering 203 people were stripped of their power of attorney. This fell only slightly in 2015, with 178 removals.

The number of power of attorney arrangements has risen dramatically in recent years, with just 36,000 applications registered in 2008, compared to 441,500 applications in 2015. This has been linked to the uptick in dementia diagnoses-which has become the biggest cause of death in Britain for the first time, overtaking heart disease.

However, the surge in cases of financial abuse is not proportional to rise in applications in the same three-year time-frame. Though the latter increased by a far from insignificant 73%, the former rose by an additional 80%, making an overall increase of 153%.

For those concerned that this data suggests that power of attorney arrangements are not adequately protected against abuse, quoted in The Telegraph, an Office of Public Guardian gave the following statement:

"Any incidents of fraud or wrongdoing are taken very seriously; however these are rare. The increase in those discharged from their duties is due to better investigations. We take swift action if any abuse is reported and can refer cases to the Court of Protection to revoke a lasting powers of attorney or deputyship order, where wrongdoing is found.”

Lasting powers of attorney (LPAs) were created under the Mental Capacity Act 2005, and came into effect in 2007, as a replacement to enduring powers of attorney (EPAs). While EPAs made prior to 2007 are still valid, LPAs are subject to an additional safeguard: a third party well-known to the donor must certify that the donor has not been pressured into entering the arrangement, and that they fully understand what it entails. In contrast to this, EPAs only required the attorney to official register as such once the donor has lost mental capacity.

The scope of LPAs is also considerably wider that EPAs. Like its predecessor, LPAs allow attorneys to control the donor’s financial affairs. However, the arrangement can also cover personal welfare, whereby attorneys are entrusted with decisions pertaining to the donor’s medical care, housing and day-to-day routine.

To find out more about powers of attorney, including what to do if a loved one who has lost mental capacity does not have such an arrangement in place, take a look at our family law guide.

Israeli rabbinical authorities detain father over son's refusal to divorce
This site uses cookies. Find out more. Continued use of this site is deemed as consent.   CLOSE ✖