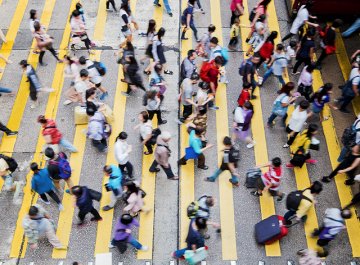 The long-term same-sex partner of a successful property developer has taken her fight for a larger share of her fortune to the Court of Appeal. Helen Roocroft claims that non-disclosure on the part of her ex, Carol Ann Ainscow, misled her into accepting a much smaller settlement than she should have been due when their civil partnership ended in 2010.

The couple had been in a relationship for 19 years, beginning in the 1990s; they did not enter a civil partnership until 2008, however, and then the union proved to be short-lived. On separation, Ms Roocroft accepted a relatively small lump sum payout of £162,000 on the basis that Ms Ainscow’s fortune was valued at £750,000.

Carol Ann Ainscow had been a highly successful entrepreneur who owned Manto on Old Compton Street, Soho and was instrumental in revamping Manchester’s Canal Street area into a thriving urban hub and go-to destination for the gay community. She then moved into property development and continued to be successful. In 2009, she was named on the Sunday Times Rich List as having a fortune of £35 million. However, when the partnership broke down, Ms Ainscow claimed to have lost a lot of money in the recession.

It was only after Ms Ainscow’s death from a brain tumour in 2013 at the age of only 55 that Helen Roocroft discovered the true extent of her ex-partner’s worth. She found that business accounts for Artisan Holdings, of which Ms Ainscow was the sole shareholder, had around £5.5 million in funds.

Ms Roocroft originally applied to appeal last year but had her application rejected by Chester County Court. However, Lady Justice Black has now given her leave to appeal based on Ms Ainscow’s non-disclosure. “There was material to support the case that there was non-disclosure of potential significance to an ancillary relief claim,” she said.

This case is thought to be the first of its kind in England and Wales. Firstly, the fact that it is a lesbian financial claim makes it unique in the Court of Appeal, but additionally it is believed to be the first such posthumous claim. Lady Justice Black went on to say, “I’m not aware of any similar case where the non-disclosure has been acted upon following death of the other party".

To complicate matters further, Carol Ann Ainscow has apparently died intestate, meaning that Ms Roocroft will be fighting for a share in her ex-partner’s estate that would otherwise have gone to Ms Ainscow’s elderly mother. Lady Justice Black asserted that the case had, “a real prospect of success,” but conceded that it was likely to be “bitterly contested” due to the conflict of claims to the estate.

The case is an extraordinary combination of the intricacies of family law and inheritance law with a thoroughly modern edge.

Dramatic rise in digital spyware use by suspicious spouses
This site uses cookies. Find out more. Continued use of this site is deemed as consent.   CLOSE ✖