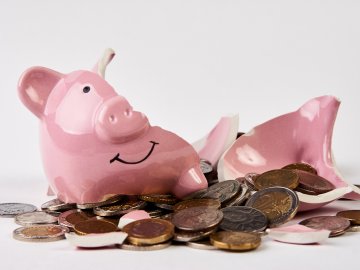 This case picked up from Mostyn J’s decision in Goyal v Goyal (No 2) EWFC 50. Following the Court of Appeal’s decision to overturn the pension order, Mostyn J heard the case on the ownership of the pension as well as applications made by the husband and wife about maintenance.

Mr and Mrs Goyal married in September 2003 and had a daughter in April 2007. After separating in June 2011, they were involved in lengthy and costly proceedings in relation to child arrangements, the validity of the divorce and the finances.

Mr Goyal had been a successful city banker but developed an addiction for spread betting which ultimately led to the dissipation of the matrimonial assets. By the time of the separation, H had lost over £500,000 and the pension was one of few assets remaining.

At the time of Goyal v Goyal (No 3), neither party had been able to rebuild their finances as they had expected. The husband had hoped that he would be able to return to banking with an income of £60,000 but this had not been possible, partly because of the negative press attention following the first decision. At the time of the hearing, he earned a moderate income through tutoring. The wife remained on benefits but had set up a shell company with a friend, which she hoped to develop into a recruitment business.

At the time of separation, the husband had two pension policies. In February 2014, the parties signed a consent order in which the husband agreed to a pension sharing order over 50 percent of his pensions. However, he then claimed that he had encased the pensions in January 2014 to pay off debts of £33,000 so the consent order was set aside.

It then transpired, in September 2014, that the husband had moved the policies into an annuity policy in India valued at £87,000. He did not disclose the annuity policy at the time of creation nor the existence of the pension annuity in his replies dated March 2015.

There was some dispute as to the fund’s ownership: the husband argued that he had entered into an agreement with a Mr D whereby Mr D had agreed to pay off his debts in return for the husband assigning him his interests in the annuity policy. The pension issue was adjourned to a hearing before HHJ Brasse.

The Court of Appeal set aside the offending order, including the provisions which made declarations as to the beneficial ownership of the Indian pension fund and ordered that W’s claims for a pension sharing order should be reheard. Mostyn J held that it was not possible to make a pension sharing order in respect of an overseas pension and set an agenda for the next hearing to address the issue of payments to W from the annuity and the applications made by H and W in respect of their finances.

Mostyn J’s agenda for the hearing:

Previous findings on the pension

HHJ Brasse, on finding that the pension belonged to the husband, ordered the husband to transfer the pension to the wife and to pay her all the income arising from the pension fund. The Court of Appeal set aside those paragraphs of HHJ Brasse’s order but Mostyn J considered that the Court of Appeal had “inadvertently set aside the formal declarations” of ownership. He considered that the Court of Appeal’s findings as to ownership were more than recitals and were, in fact, findings of fact which had been formally incorporated into a declaration within the court’s order. As permission to appeal these declarations had not been granted, they remained in tact.

The issue of estoppel

Arguments in relation to estoppel were also presented to the court, namely that he husband was estopped from challenging the point of the pension’s ownership having had the issue considered at previous hearings in this matter.

Mostyn J referred to his own decision in R (on the application of Mandic-Bozic) v British Association for Counselling and Psychotherapy & Anor, which summarised the principles of res judicata and other abusive duplicative proceedings. Mostyn J found that there was discretion to do justice and that in circumstances of issue estoppel the bar may arise “where a particular issue forming a necessary ingredient in a cause of action to which the same issue is relevant, one of the parties seeks to re-open that issue”. In these circumstances, the bar was not absolute. The case of Virgin Atlantic Airways Ltd V Zodiac Seats UK Ltd was also referred to in considering the matter and Mostyn J decided that the declaration in respect of the pension remained in tact as a result of issue estoppel.

Mostyn’s findings on the pension’s ownership

Mostyn J allowed the husband to present an additional document to the court as well as make oral submissions, but did not take the view that the document assisted the court. In considering the husband’s oral submissions, Mostyn J concluded that the “longer listened to him the more convinced” he was that HHJ Brasse’s findings had been 100 percent correct that the husband was indeed the owner of the pension fund.

On the variation of the periodical payments

Judge Brasse had thought that the wife should have the entire benefit of the annuity policy. Mostyn J took the view that the award had to be enforceable and that if he were to give 100 percent of the policy to the wife, he suspected that she would be barred from receiving that income. If the husband was to also receive some benefit then he would be “less likely that he would cut off his nose to spite his face” and the wife may actually also receive the money due.

Mostyn J therefore varied the existing periodical payments order to provide that it had two limbs:

The husband applied to the court to vary downwards the periodical payments he was to make to the wife. Judge Brasse had envisaged that the husband would be able to make monthly payments of £500 but this was clearly not the case and the court awarded the wife £100 per month from 1 February 2017. Mostyn added “had it not been for his reckless conduct in gambling away his high earnings there would have been no doubt a substantial sum of accumulated wealth for to have shared at the end of the marriage” .

This case highlights the importance of proportionality in cases where there are minimal assets and sends a very sobering reminder to separating couples that the matrimonial pot can be a quickly diminishing resource. Although the decision in Goyal v Goyal (No 3) had some finality in terms of the pension, Mostyn J was disappointed to learn that satellite litigation was taking place between the parties in India – it may well be that we have not heard the last of Mr and Mrs Goyal. Nonetheless, it is clear that the case as a whole will have a lasting legacy as family lawyers consider how to approach overseas pensions in the context of financial settlements in divorce proceedings.