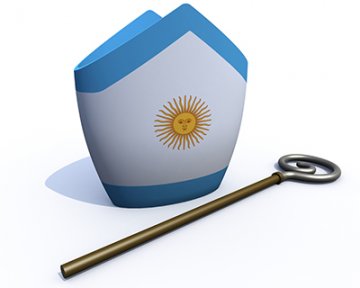 A document written by Argentinian bishops, pertaining to the Catholic Church’s treatment of divorced parishioners, has received the papal seal of approval.

As The Guardian reports, the document suggested that priests could “offer the ‘help of sacraments’ to Catholics living in ‘irregular family situations’ as part of a broader effort to support and integrate divorced and remarried Catholics into the life of the church”.

The document is a response to Amoris Laetitia, the post-Synodal Apostolic Exhortation released by the Vatican in April of this year, which outlined Pope Francis’s vision for the future of the Catholic Church on various family issues including marriage, abortion, divorce, and homosexual relationships. This advocated for the inclusion of divorcees in Church life, stating that, even though Catholicism does not recognise divorce or remarriage, a person who remarries should nevertheless “be made to feel a part of the Church. They are not excommunicated.”

Pope Francis’ response to the bishops of Argentina, announced by the Vatican on Tuesday, reinforces this sentiment. By letter, Pope Francis stated:

“The document is very good and completely explains the meaning of chapter VIII of Amoris Laetitia. There are no other interpretations. And I am certain that it will do much good. May the Lord reward this effort of pastoral charity.”

It’s pertinent to note that in his endorsement of the Argentinian document the Pope rejects alternative interpretations of Amoris Laetitia, thus excluding more conservative interpretations. Writing for The Guardian, Stephanie Kirchgaessner puts forth the example of the Archbishop of Philadelphia Charles Chaput, who stated that civilly remarried couples could be allowed to be receive Communion, providing that their new marriage is entirely chaste.

That said, the Argentinian bishops do not suggest that divorced and remarried Catholics should be offered Holy Communion by default. Instead, they call for a “journey of discernment”, conducted on a case-by-case basis to determine whether a particular individual should allowed to receive the sacraments.

Whilst the Catholic divorce rate is considerably lower than the average, it is by no means negligible. Research conducted by the Center for Applied Research at Georgetown University in the Apostolate found that approximately 28% of US Catholics who have ever been married subsequently divorced. Thus, if divorcees are shunned, the Church risks alienating an estimated 11 million Catholics in the US alone.

In light of this, the more welcoming approach to divorced and remarried Catholics exhorted within Amoris Laetitia and reinforced in the Argentian bishops’ document could be encouraging news for a significant number of parishioners.

Bill to legalise divorce in the Philippines filed once again
This site uses cookies. Find out more. Continued use of this site is deemed as consent.   CLOSE ✖