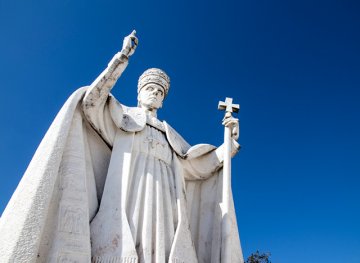 Pope Francis has now indicated that the Roman Catholic Church should soften its stance on divorcees and remarried Catholics.

According to reports in the Associated Press, Pope Francis made the comments while speaking at his first general audience since his summer break.

He did not suggest that divorcing and remarrying without an annulment was theologically acceptable to the Church, but that those who had done so should not be treated as outcasts. “The church knows well that such a situation contradicts the Christian sacrament”, he said, but he emphasised that “these people are not at all excommunicated".

Pope Francis thus seemed to propose an ’open doors’ policy in which Catholics are not shunned for their marital choices, even going so far as to affirm: “they always belong to the church".

The Pope’s main concern in announcing his views on the topic is the welfare of children, who, he stated, “are the ones who suffer the most in these situations".

Kermit and Miss Piggy announce split
This site uses cookies. Find out more. Continued use of this site is deemed as consent.   CLOSE ✖