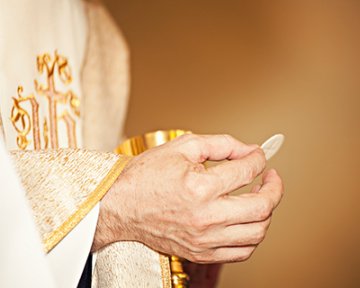 The Vatican has officially released its post-Synodal Apostolic Exhortation today entitled Amoris Laetitia (Joy of Love) which outlines Pope Francis’s vision for the future of the Catholic Church on various family issues including marriage, abortion, divorce, and homosexual relationships.

Although it in no way seeks to alter the fundamental beliefs of the faith, or change church doctrine regarding family life, Amoris Laetitia is certainly a step forward for the religion in regards to many issues. Pope Francis has a history of comments urging inclusivity towards, among others, atheists and gay people, that have been lauded by many as marking a subtle change in religious perception. This document continues the theme of inclusion and encourages acceptance and understanding within local communities.

Despite stating early on that this document is intended to “look to the reality of the family today in all its complexity” and understanding cultural changes, Pope Francis opens this text with an explanation of marriage and family that is reflective of the fundamental traditionalist definition long held by the Catholic Church. Understandably, gay Catholics may be disappointed when first reading this document and its clear opposition to gay marriage. Pope Francis states "there are absolutely no grounds for considering homosexual unions to be in any way similar or even remotely analogous to God’s plan for marriage and family."

Pope Francis has however used this opportunity to initiate understanding and greater openness within the Catholic community to homosexual relationships, ‘same-sex unions…may not simply be equated with marriage such families should be given respectful pastoral guidance, so that those who manifest a homosexual orientation can receive the assistance they need,” and states that “every person, regardless of sexual orientation, ought to be respected in his or her dignity and treated with consideration, while every sign of unjust discrimination is to be carefully avoided, particularly any form of aggression or violence.”

While this does not reach a comparable legal standard, it has at least taken the opportunity to equalise the Church’s acceptance and incorporation of gay people and homosexual relationships with the current social standard. Pope Francis has noticeably avoided previously used derogatory or dismissive terms when referring to the legitimacy of homosexual relationships in general, despite his expressly worded devaluation of gay marriage, perhaps in a hope to raise the position and perception of homosexuals in countries where they are socially persecuted, rather than to diminish the achievement of homosexuals in more socially aware countries. Pope Francis is appealing to the almost 1.5 billion Catholics around the globe, so it can be hoped that this rather small step towards equality with regards to sexuality will be followed and improved upon.

Pope Francis also addressed the issue of marriage and divorce in this Exhortation. He has urged Priests to present the concept of marriage in their communities more positively, stating ‘I think of St Valentine’s Day; in some countries, commercial interests are quicker to see the potential of this celebration than are we in the Church.’ He also acknowledged that the modern family is increasingly at risk of divorce, and encourages local priests not only to provide guidance to couples, but to continue to provide pastoral care and guidance to those whose marriages have broken down. Pope Francis has advocated for the inclusion of the divorced in the Church, that even if a party remarries they "should be made to feel a part of the Church. They are not excommunicated." In light of the recent debate over whether divorcees should be refused Holy Communion, this exhortation has declared that the divorced "remain part of the ecclesial community" and should be encouraged to participate within the church community.

However, despite the nudge towards significant progress demonstrated with regards to divorce, and homosexual relationships, Pope Francis has held fast to some fundamental traditions. The Church remains opposed to contraception, sex education and the avocation of safe-sex : "such expressions convey a negative attitude towards the natural procreative finality of sexuality, as if an eventual child were an enemy to be protected against. This way of thinking promotes narcissism."

The Catholic Church remains opposed to abortion: "so great is the value of human life…that no alleged right to one’s own body can justify a decision to terminate that life…which can never be considered the ‘property’ of another human being." Similarly, the Church is against the use of IVF and other fertility treatments, and promotes adoption and fostering as an alternative to biological children, as it will help to "prevent abortion or abandonment" of unwanted children.

In terms of adaptability and the progress of the Church, Pope Francis has asked for more understanding between Priests and their communities, in order to interpret doctrine to specifically benefit each community, culture, and needs. He has emphasised that Priests need to reach out and assist with the family situations they find, and not only those they chose to acknowledge, as holding too firmly to rigid doctrine can lead to the alienation of families and members of the community who may come to the church for help and guidance, or worse will not come at all for believing the Church will not accept who they are. The Exhortation ‘could not be expected to provide a new set of general rules…applicable in all cases…simply a renewed encouragement to undertake a responsible personal and pastoral discernment of particular cases.’

Finally, Pope Francis makes it clear that the Exhortation is not intended to make any radical changes in Church doctrine, but perhaps it also doesn’t do enough in fear of disappointing traditional or conservative Catholics. He states "I understand those who prefer a more rigorous pastoral care which leaves no room for confusion. But I sincerely believe that Jesus wants Church attentive to the goodness which the Holy Spirit sows in the midst of human weakness," and yet doesn’t fully use this opportunity. This document creates the conditions needed for change without truly making any significant changes.

Drew Barrymore and Will Kopelman announce divorce
This site uses cookies. Find out more. Continued use of this site is deemed as consent.   CLOSE ✖