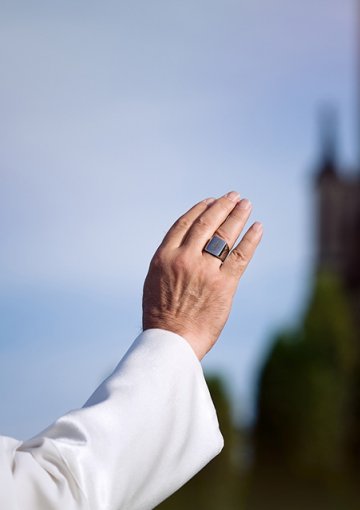 Only a few weeks after the leader of the Catholic Church announced a more welcoming approach to Catholic divorcees, he’s now gone a step further. Pope Francis has announced a move to make it easier to annul a marriage.

Roman Catholicism does not accept divorce, considering marriage to be a sacrament. The only way to end a marriage is to find a reason why the marriage never officially existed to begin with – an annulment.

But the process of getting an annulment granted has heretofore been arduous and fraught with bureaucracy. It’s also expensive. Previously an annulment required the approval of two Church tribunals.

Pope Francis’s changes allow for annulment applications to be fast-tracked, and have cut the requirement for a second tribunal as well as the need for automatic appeal. Also under the reforms, appeals could be judged by a local Church official rather than the Vatican itself.

As well as shifting the responsibility away from the Vatican and decentralising the process, the process will now be free, except for a nominal fee for administrative costs.

These reforms will be very welcome to lay Catholics, who currently cannot receive communion if they remarry without an annulment. In such a situation, they are effectively considered adulterers.

Pope Francis said that he made the changes so that: ’the heart of the faithful that wait for the clarification of their state may not be oppressed for a long time by the darkness of doubt’.

The reforms to the annulment process will not affect the Church’s stance on divorce, or its views on communion for remarried Catholics. However, it is perhaps a hint that there may be more reforms to come.

Michael Rosenfeld on 'How couples meet and stay together'
This site uses cookies. Find out more. Continued use of this site is deemed as consent.   CLOSE ✖