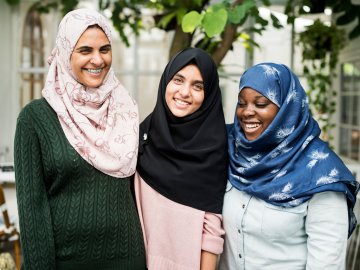 A female Iraqi MP has proposed financial incentives for polygamy in the hopes of providing husbands for the country’s many war widows.

At a press conference on Sunday, Jamila al-Ebeidi urged women to "renounce the one-woman mentality at the expense of our sisters," and recommended tax allowances to encourage men to marry multiple woman. She now plans to collect signatures in support of the planned bill.

The war with Iran in the 1980s widowed tens of thousands of women. Since then more women have been left widowed following the First Gulf War, the failed Shiite uprising that followed, the repressions against Kurds and violence following the 2003 invasion. Efforts to support these women have been woefully insufficient.

Though divorce is less common than it was in previous decades, divorce rates have risen sharply in the last year amidst poverty and religious tensions, and amongst the over seventies there are only 77.55 men for 100 women.

Iraqi politicians were considering measures to incentivise polygamy back in 2011. Men can legally wed up to four women in Iraq, and in recent years men have increasingly done so.

The proposals have been met with criticism by Iraqi women’s rights groups and the parliamentary women and childhood affairs committee. Rezan Delir, a Kurdish representative on the committee called the proposal “an insult to women’s dignity”.

Lessons from literary inheritance disputes
This site uses cookies. Find out more. Continued use of this site is deemed as consent.   CLOSE ✖