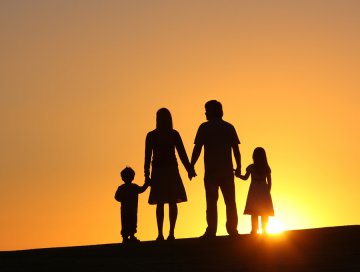 This weekend it was revealed that Brad Pitt has applied for joint physical and legal custody of his six children. This request was included in Mr Pitt’s response to Ms Jolie’s divorce petition that shocked the media on the 19th September.

When filing for divorce because of “irreconcilable differences”, Angelina Jolie asked for joint legal custody but sole physical custody of the children. The pair, known for their philanthropy, have three adopted children: Maddox (from Cambodia), Pax (from Vietnam) and Zahara (from Ethopia), and three biological children: Shiloh, Knox and Vivienne. Maddox is the only child that Ms Jolie adopted prior to starting her relationship with Mr Pitt. The children are now all aged between eight and fifteen.

BBC news has reported that Brad Pitt is currently being investigated by the Los Angeles County Department of Children and Family Services (DCFS) for an incident on a private flight on the 14th September. There are rumours that this involved a physical altercation between Mr Pitt and his oldest son, Maddox, when the former was drunk. Ms Jolie filed for divorce the next day and expressed concern for her children’s safety in Mr Pitt’s presence. According to the Huffington Post, Although Mr Pitt has denied any previous abusive behaviour towards his children, the Los Angeles DCFS has expanded its investigation to look at any historical allegations. Mr Pitt has been cooperating fully with all authorities to bring the investigation to a close as soon as possible.

While the investigation continues, the pair have made a temporary agreement where Mr Pitt can visit his children under supervision, on the condition that he agrees to drug and alcohol testing.

Both parties are paying their own legal fees and so far none of the documents have included details about spousal or child support. In her divorce petition, Ms Jolie specified property to be granted to her but Mr Pitt has not yet laid a claim on any property.

As Vardags’ Sophie Cantillon remarked in her interview with CNN, the children’s welfare is paramount so the actors may strike a deal in private so to shelter them from distressing media attention. California divorce courts generally favour joint custody so, depending on the outcome of the DCFS investigation, Ms Jolie may have to accept a compromise. It seems the plot of Mr & Mrs Smith is slowly turning into Kramer vs Kramer.

World’s first three-parent child born
This site uses cookies. Find out more. Continued use of this site is deemed as consent.   CLOSE ✖