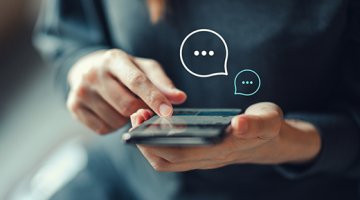 Further to our blog on the dangers of sharing technology in a marriage, spouses should be equally careful when posting on social media sites, such as Facebook or Twitter. Copies of these posts can be used in court as evidence, whether to confirm adultery, to prove a certain standard of living, or otherwise. For example, statuses or pictures during the marriage showing luxurious holidays could help to prove that the family enjoyed a lavish lifestyle.

Similarly, social media use during divorce proceedings can also prove to be decisive. One common example is when one spouse tells the other on the breakdown of their marriage that they have no money. However, during the proceedings that spouse then posts on Facebook about a number of flashy and expensive holidays. Even if the spouses are ‘defriended’, they may still have mutual friends who are able to keep the less wealthy spouse up to date with their ex’s continuing high-flying lifestyle. This then can become important evidence to show that the wealthier spouse has been lying about his or her access to funds.

According to research carried out by Divorce-Online UK in 2012, one in three divorce petitions in England and Wales lists Facebook as a contributing factor. In America it seems that this is even more common. A 2010 survey by the American Academy of Matrimonial Lawyers found that two thirds of the lawyers questioned said that Facebook was the primary source of evidence in divorce proceedings, with MySpace at 15 percent and Twitter at 5 percent. It seems to have become an even greater problem in the intervening few years: earlier this month the Italian Association of Matrimonial Lawyers reported that a staggering 40 percent of adultery-related divorces in Italy cite messages exchanged via WhatsApp as evidence.

At Vardags we have also seen our fair share of WhatsApp – and other social media-related – evidence being used in divorce proceedings. In its legal practice, Vardags is often now put in a position where it has to give common sense advice on how to use social media during a divorce. Such advice can include changing the privacy settings, avoiding posting relationship statuses and sometimes even suspending the account until the proceedings are concluded to avoid being dragged into a public fight.

It is even possible for engaged couples to agree upon good social media practice prior to marriage, and help avoid hurt and embarrassment later down the line, by including stipulations in a prenuptial agreement. President Ayesha Vardag has even shared details of the “social media clause” she added to her own prenuptial agreement when she married Dr Stephen Bence earlier this year.

It seems clear that shared technology and social media are here to stay, and that divorcing couples and family practitioners must stay alive to the issues that these technologies raise. So if you are going through a divorce, or if it might be on the cards, think twice about what is on your shared devices, and consider even setting up a new cloud. Otherwise, you could be doing the work of a private investigator yourself!

Domestic abuse: how employers can help
This site uses cookies. Find out more. Continued use of this site is deemed as consent.   CLOSE ✖