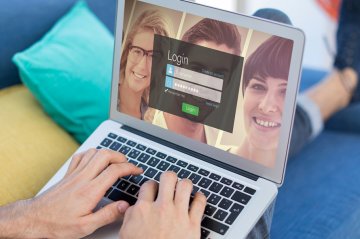 ‘Cloud’ computing is a general term for the use of a network of servers hosted on the internet to store, manage and process data. This differs to the standard home computer set-up where access to the internet can only be gained by logging on to the local server. In layman’s terms, the cloud enables you to access services wherever and whenever you need from any device with internet capability.

A widespread example of consumer cloud computing is Apple’s iCloud platform, which was launched in the autumn of 2011 and has now reached over 300 million users worldwide. The iCloud allows families to use one iTunes account to backup multiple devices to the Cloud. The contents of those devices are then accessible through any device by logging into the iTunes account. Its benefits include the ability to share calendars, pictures and music between Apple devices. This can be a great way for a busy family to share special pictures, and be aware of each others’ movements. But what can be seen as a benefit during a happy relationship is often not the case once things turn rocky.

We have seen an increasing number of divorces based on something someone has seen ‘on the cloud’. A frequent example of this stems from Apple’s Photo Stream service, which allows the sharing of photos between devices. A classic example involves one partner taking compromising pictures of a boyfriend or girlfriend on their personal phone. These photos are then seen by a husband or wife (or worse, the children) from the home computer.

Similarly, incriminatory texts and emails (as well as dubious browsing histories) can be viewed remotely. All of these acts could potentially have passed unnoticed a few years ago, but this technology puts a halt to that. Of course these marriages might have ended at some stage anyway, but we find that cloud discoveries accelerate the process, and often form the catalyst for the divorce petition.

Phone tracker apps – available on most smartphones – represent another potential ‘pitfall’. Tracker apps allow users to track the location of another smartphone user, allowing a suspicious spouse to quickly verify the whereabouts of their other half.

Problems arising from the increased use of cloud services are not limited to the spark of divorce proceedings. Difficult and unresolved questions also arise if parties to divorce proceedings do not ‘unsync’ their devices. This can provide the other spouse with a window into the litigation tactics, which would usually be closely guarded and protected by legal advice privilege or litigation privilege.

It is established law that divorcing parties cannot take each other’s documents without their prior consent, as this would amount to a breach of their privacy. This principle may well be extended to documents on the cloud in the future; as far as we know this point has yet to be argued, so watch this space. Until this does become a point of law, however, it may pay to be vigilant.

A short history of Gretna Green marriages
This site uses cookies. Find out more. Continued use of this site is deemed as consent.   CLOSE ✖