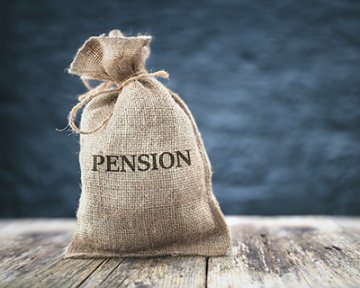 The recent case of Goyal v Goyal EWCA Civ 792 raised the question of what jurisdiction, if any, the family court has to make an order transferring or assigning one spouse’s interest in a pension annuity policy to the other spouse outside the statutory scheme established by the Matrimonial Causes Act 1973 (“the MCA 1973”).

The current available statutory schemes are:

The current trend is for the courts to take the ‘clean break’ approach and award pension sharing orders. However, often pensions are not straightforward and do not present themselves as easily shared by one of the above methods.

The case of Goyal v Goyal highlights the difficulties faced and how best to approach such pension issues. By way of background, the husband was found by the judge at first instance to have gambled away the vast majority of the family’s wealth through spread betting. Whilst the true figure was never calculated, the court accepted that it was somewhere close to £500,000. On the basis of this gross dissipation of matrimonial assets, the wife was awarded full assets. However, the parties’ pensions were to be dealt with at a separate hearing.

The parties initially agreed to a 50/50 split of the husband’s two pensions and this was drawn up into a consent order. This was later set aside. It transpired that the husband had encashed the two pensions for, he claimed, £33,000. The husband claimed this money was used to pay off his long standing debts. This was not the case. It emerged that the policies had been converted into an annuity policy with a CEV of £87,000. The husband had failed to disclosure this to the court.

Once this non-disclosure had been unearthed, the husband gave an elaborate explanation as to how he had made an agreement with someone in India that he had assigned the policies to, in return for them discharging his debts. The judge held that the “secret transfer of these pensions without the wife’s knowledge or consent or without disclosing the fact to the court was, in my judgment, a manifestly deceitful course of action which must have been designed to defeat the wife’s legitimate claims”. The judge concluded that in light of the husband’s non-disclosure further evidence would be needed before the pensions could be resolved.

Before the second hearing took place, the wife went to India and obtained documentation relating to the pension annuity and discovered a bank account in the husband’s name into which regular income was being paid.

The judge heard oral evidence from the parties’ and concluded that the policy was still beneficially owned by the husband and that the bank account into which regular sums were being received, was still operational by the husband for his own benefit. In light of that finding, the judge went on to order that the husband was to transfer or assign to the wife all his interest in the policy and, once transferred, to pay the wife all income in respect of the policy. The judge concluded this order was the only fair order that could be made in the circumstances and that a pension sharing order could not be ordered because the annuity was based in India. The husband appealed.

The appeal was heard by Lord Justice McFarlane and Lady Justice Macur. The appeal focused on the lack of a power to make a mandatory injunction other than in support of an existing substantive power of the court.

The appeal court judges noted that the judge at first instance was wrong to assume that a pension sharing order was possible just because the annuity was held in India. It was ruled that a ‘specified pension arrangement’, as required by s.21A MCA 1973, is given a wide definition by s.46 Welfare Reform and Pensions Act 1999. As such, there are no specific territorial limits on the power to grant a pension sharing order.

However, McFarlane LJ held that the judge at first instance had clearly not made an order under that power, as the original judgment expressly stated that the he knew he could not make an order under this act. It was concluded that the judge effectively could only have made an order by virtue of s.37 Senior Courts Act 1981. Section 37 only confirms ancillary or supportive powers, no substantive powers. And since the judge had stated he could not reply on statutory powers, there was therefore no power for the provisions to be made.

The appeal was allowed. It was ruled that the judge at first instance had no legal basis to make the order that he did. The court of appeal remitted that pension sharing application to the family court for re-determination.

This case highlights the manner in which the courts can deal with pensions on divorce but also that internationally held pensions are not automatically excluded from the court’s statutory powers.

When being ambitious and pregnant counts against you at work
This site uses cookies. Find out more. Continued use of this site is deemed as consent.   CLOSE ✖