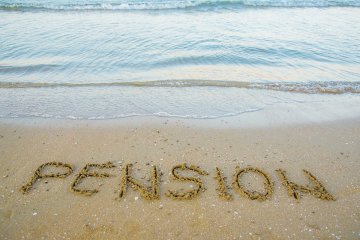 The pension is often one of the largest assets in a divorce. It will make up part of the asset schedule once divorce proceedings have been instigated.

After the surprise overhaul to pensions announced in the Budget 2014, both family and pension lawyers kept a very open ear to the announcements which may affect their clients. So, what are the biggest changes so far as pensions are concerned for this year?

Changes to the Lifetime allowance (LTA)

The LTA is the total amount of tax relieved pension savings that an individual can build up across all registered pension schemes over their lifetime, without incurring an adverse tax charge.

The Chancellor announced that for those not yet retired, the LTA will be reduced from £1.25 million to £1 million, with effect from 6 April 2016. The change will not be retrospective so transitional protection will be introduced alongside the reduction to protect those pension rights already over £1million. The details of the protections have yet to be released.

The long term intention is to index the LTA annually in line with CPI with effect from 6 April 2018.

Possible effect on pensions for the purpose of divorce?

In order to avoid the adverse tax consequences of exceeding the LTA, it is likely that high net worth individuals/those with a higher salary will invest their additional savings in retirement in other assets. Alternatively, their employers may set up an employer-financed retirement benefits scheme (EFRBS). This is a scheme set up by employers to provide top up benefits for employees caught by the annual allowance tax limits. There are no restrictions on the asset classes which can be held so the fund can hold any kind of assets including residential and commercial property, cash and shares in the company.

The Government’s 2014 Budget reforms to money purchase schemes come into force on 6 April 2015. In brief, the 2014 Budget announced greater retirement freedoms which would enable people to take their DC benefits from age 55 “whenever and however they wish”, regardless of their total DC pension savings. Individuals were given the option to take their benefits as a lump sum, purchase an annuity or draw down their total DC pension savings as they so choose.

The reaction to this policy has been mixed with some commentators arguing that this will lead to pensions being squandered rather than providing security for the future. Regardless of concerns over the purchase of extravagant cars (yes, this law has been referred to as a Lamborghini law for throwing pensions down the drain) the Chancellor confirmed in this year’s Budget that the retirement freedom will be extended to those who had already bought an annuity, potentially affecting around 5 million people.

The sting of the tax charge of 55% or more will be removed from the existing annuities. The FCA will be working hard to ensure appropriate consumer protection is in place as annuity holders consider their options. A secondary annuity market will be set up and opinions sought in consultation form by June 2015.

The impact on pensions as an asset in divorce?

It will be interesting to see how the courts treat pensions in future cases. Whereas pensions were primarily intended to form part of the long-term income stream, the possibility to take them as a lump sum could lead to the pension being treated as an asset, particularly if the party with the pension has turned 55.

The reformed public service pension schemes, which will be introduced on 1 April 2015, will allow widows, widowers and civil partners across the public sector workforce to retain survivor benefits if they remarry, cohabit, or form a civil partnership.

Portioning out pensions in Goyal v Goyal (No 3)
This site uses cookies. Find out more. Continued use of this site is deemed as consent.   CLOSE ✖