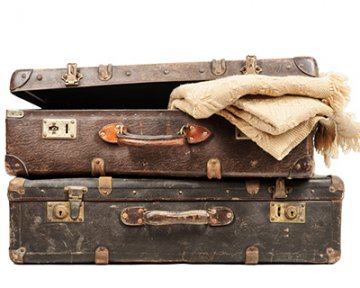 A pensioner currently living in the Scottish highlands is being deported after she divorced her husband, alleging that he had been abusive towards her.

The 72-year-old Canadian, who cannot be named for legal reasons, wrote to the Home Office last year to inform them of her change in circumstances, and in February received a response letting her know that her right to remain in the UK had been revoked.

Her visa was originally valid until October of this year, but the letter indicated that she would need to leave the country by April. However, she was unable to comply with the April deadline as she was still recovering from major surgery she underwent earlier in the year.

An application to remain in the UK indefinitely was refused by the home office, but the woman now hopes to remain a resident on the basis she is self-supporting and a net contributor, having paid income tax since arriving here. She is currently in receipt of four pensions and owns her home mortgage free, but without knowing whether or not she will be allows to remain, has decided to put her home on the market and give her furniture away to charity.

It is unclear when the claims of domestic abuse were made. The pensioner says that she was too frightened to go to the police at the time the abuse took place, something which is not uncommon among abuse victims, but has more recently given them a statement. Her ex-husband denies the allegations.

In the meantime, the Home Office has taken both her birth certificate and her passport, and has told her they will only be returned to her once she goes to an airport to leave for Canada. She claims they have also contacted the DVLA to have her driver’s licence revoked.

Speaking to the Aberdeen Press and Journal, she said “I’m being treated like a terrorist. I can’t take much more. I have just given my whole life away. I have never heard of anything so ridiculous; I didn’t break the law. I just divorced.”

Over 50 and seeking a divorce? Be prepared to sell your family home
This site uses cookies. Find out more. Continued use of this site is deemed as consent.   CLOSE ✖