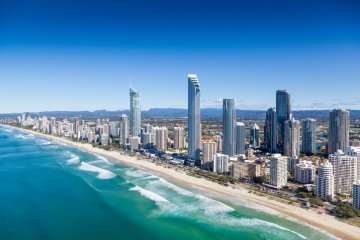 In what has been described as her ’blue-print for Australia’ Pauline Hanson, the founder and leader of the nationalist, right-wing party One Nation, has claimed that her party would introduce mandatory prenuptial agreements.

“Family law is high on my agenda, I just think it needs a complete overhaul....It needs court-approved premarital agreements on finance and parental issues. So before someone goes into a relationship or a marriage, you must have a premarital agreement. It would be confidential .”

There’s no denying that Ms Hanson is a highly divisive figure. Her party has been lambasted for espousing racist and inflammatory rhetoric and is known for its rampantly discriminatory anti-immigration policies, as well as its desire for Australian sovereignty. Founded in 1997, One Nation’s initial wave of popularity peaked with a 22.7% share of the vote in the 1998 Queensland state election but support dwindled in the following decade. In the 2012 Queensland state election they won just 0.2% of the vote. Yet in 2016—a year oft-defined by a global resurgence of populism, One Nation has experienced a resurgence, winning four seats in the Australian federal election. It plans to run candidates in 36 seats in the next Queensland state election.

Politics aside, what are we to make of the notion of compulsory prenuptial agreements? One of the core benefits of entering into such an agreement is that it affords individuals greater autonomy when planning for their futures. They enable those wishing to marry to make their own decisions as to their future rights and responsibilities, rather the family courts carving up the finances in the event of divorce. With increased freedom a key selling point to prenups, forcing couples to enter into such agreement seems both absurd and self-defeating.

In Australia, prenuptial agreements, there known as ’financial agreements before marriage’, are legally binding, providing they satisfy the criteria set out in the Family Law Act 1975. To be binding, a financial agreement must include a statement that each party obtained independent advice from a legal practitioner, with confirmation from the legal practitioner attached. Such provisions help prevent vulnerable people from being exploited but, if Ms Hanson’s proposal became a reality, a practical issue may arise—what of those who wish to marry but have difficulty accessing the requisite advice? Those without the means to procure quality advice could find themselves at a significant disadvantage.

The extent to which mandatory prenups would free up the courts is also questionable. For instance, its unclear if, in Ms Hanson’s vision, childless couples would have to make prenuptial agreements with regard to arrangements for any children they may go on to have. The Australian family courts have the power to set aside a financial agreement if "since the making of the agreement, a material change in circumstances has occurred...relating to the care, welfare and development of a child of the marriage", and the result of upholding it would cause either the child or the parties to "suffer hardship".

The courts can also set aside an agreement if a party engaged in "unconscionable" conduct in making the financial agreement. As this shows, while efforts to release the pressure on the family courts are admirable, the introduction of mandatory prenuptial agreements are a questionable way to go about this.

A status update on Law Commission proposals from the MoJ
This site uses cookies. Find out more. Continued use of this site is deemed as consent.   CLOSE ✖