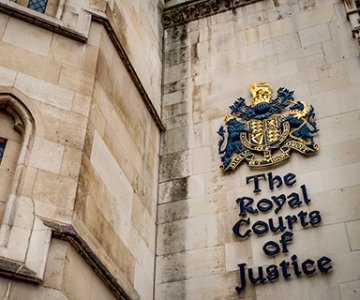 Following on from last month’s victory in the Court of Appeal, we are delighted to announce that former Miss Malaysia Pauline Chai has been granted a decree nisi, thus confirming that she may divorce in England.

I am so relieved that my prayers have been answered. I want to thank my children for standing by me and my extraordinary legal team – who have fought for me tirelessly throughout this difficult period. I have great respect for the English judicial system and am incredibly grateful to have been protected by it.

Today’s decree nisi is end of a long battle for our client. It confirms she can have her divorce in England. It could have happened long ago had Dr Khoo not fought the jurisdiction of the English courts for nearly three years over two hemispheres. The Court of Appeal’s finding that Mr Justice Bodey’s original judgment was “unimpeachable” has finally put a stop to that. We can now get on with the financial proceedings and push hard to bring this dispute to an end, as Ms Chai so dearly wishes.

This news has been picked up by the national press with great interest, with lead features in the Daily Mail and the Independent. Ayesha Vardag’s press release regarding the Court of Appeal ruling in December 2015 can be read here.
“Ayesha Vardag - Britain’s top divorce lawyer.”

Chai v Peng: Press release
This site uses cookies. Find out more. Continued use of this site is deemed as consent.   CLOSE ✖