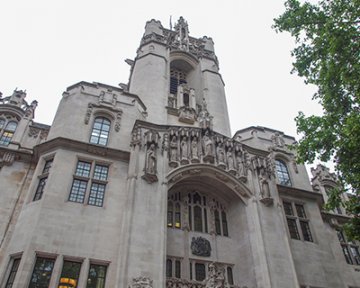 Here we explore making a pensions application under Part III of the Matrimonial and Family Proceedings Act (MFPA) 1984.

The court will only make an order if it has the jurisdiction to do so. Under Part III of the MFPA 1984, the application must meet one of the following requirements:

Assuming jurisdiction is established, the application to the court in England is to the High Court in London. The application is a two-stage process.

Stage One: Application for leave under MFPA 1984 The court will need to grant the application permission to make the application, and will do so only when it considers that there is substantial ground for making an application. Part III does not define the meaning of ’substantial’, but the Supreme Court issues guidance in Agbaje v Agbaje UKSC 13:

The threshold is… higher than a ‘serious issue to be tried’ or ‘good arguable case’ found in other contexts. It is perhaps best expressed by saying that in this context ‘substantial’ means ‘solid’.

The court will also consider the list of factors under s16(2):

There are some practical points to the application:

Stage Two: The substantive application Once the applicant has been granted permission, the application for financial relief under Part III MFPA 1984 follows the procedure for a financial remedy. Where the parties consent, it is common for Stage One and Stage Two to be truncated. Practicalities include completing a Form D50F and filing it with a statement of support, as well as making relevant financial disclosure in a slim line version of the Form E. The court will then consider a two-stage test in deciding whether or not to make an order:

The court considers ‘appropriate’ ‘broadly’ and having regard to the statutory purpose of the MFPA 1984 – to alleviate hardship in cases of foreign divorce. In Z v A EWHC 1434 Coleridge J stated that the word ’appropriate’ meant ’proper’ – when assessing whether an application under MFPA 1984 was being used to address a mischief that MFPA 1984 was designed to address, as opposed to couples using the MFPA 1984 to secure a more favourable outcome.

When the courts are looking at whether to make the order they will consider whether the pension is a modest asset or not. In Schofield, 2011 the court dealt with an army pension. The application was refused at first instant because it would only provide a ’paltry level of income’. However, the Court of Appeal held that in the context of the relatively modest assets and the wife’s modest earnings, the pension was, in fact, significant and allowed the wife’s appeal.

This is an area crying out for reform, particularly because the intention of the act will often be frustrated on the basis that it has not been possible to establish jurisdiction, what with the member of the pension scheme having created a new life overseas. It has been suggested that a sensible reform would be to add ‘interest in pension scheme’ to the jurisdiction criteria and limit it so that the court can only deal with matters of the pension scheme.

Capital gains tax and divorce
This site uses cookies. Find out more. Continued use of this site is deemed as consent.   CLOSE ✖