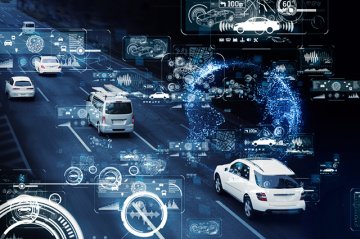 President of the Family Division Sir James Munby has ruled that parents suspected of attempting to travel overseas to join Isis may keep their children… with the proviso that they wear electronic tags.

Early in 2015 two families were held at airports in the UK and Turkey on suspicion of being headed to Isis strongholds. The children were removed under interim care orders and placed in local authority foster care. Social workers then brought the case to the family courts.

The judgment in the case of X (Children) And Y (Children) (emergency protection orders) EWHC 2265 (Fam) has been published after Munby heard the case in private.

The Ministry of Justice has now expressed concern about exactly how the families would be monitored effectively. But Sir James has reassured those concerned that the parents have submitted to the electronic tagging, as well as other restrictions on their movements, such as living at specified addresses, and reporting regularly to the police.

I accept that there is some degree of risk of successful flight. I cannot go quite as far as Mr Rowley when he asserts that it is reduced to an effective nullity by the protective measures he proposes, but taking a realistic view, though not forgetting that we are here in the realm of unknown unknowns, my considered assessment is that the degree of that risk is very small, indeed, so small that it is counter-balanced by the children’s welfare needs to be returned to parental care. I should add, to make plain, that in relation to their welfare (leaving flight risk on one side), the benefits all of these children will derive from being returned to their parents clearly, in my judgment, outweigh any and all of such contrary welfare arguments as have been deployed by the local authorities or the guardians.

Court of Appeal awards adult daughter landmark award from her mother’s estate
This site uses cookies. Find out more. Continued use of this site is deemed as consent.   CLOSE ✖