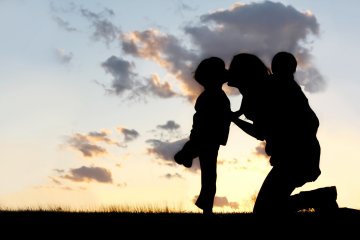 An American couple are fighting to regain custody of their children after the state authorities removed them from their care because of the parent’s "limited cognitive abilities".

Amy Fabbrini, 31, and Eric Ziegler, 38 from Oregon, USA had their son Christopher taken into foster care in September 2013 following a child welfare complaint from Fabbrini’s father.

The couple’s youngest son Hunter was also removed by the Department of Human Services directly from the hospital when he was born five months ago.

While the state investigated the complaint, the couple underwent psychological evaluations. IQ tests placed Fabbrini’s IQ at about 72, placing her in the "extremely low to borderline range of intelligence," and Ziegler’s about 66, placing him in the "mild range of intellectual disability." The average IQ is between 90 and 110.

No domestic abuse or neglect was found in the case and Fabbrini and Ziegler have since taken classes on parenting, first aid, CPR and nutrition in a bid to get their children back. Since the children were taken into foster care, the parents have seen them only on supervised visits.

Sherrene Hagenbach, who oversaw visits between the couple and Christopher has criticised the authorities for what she sees as their groundless removal of the children: "They are saying they are intellectually incapable without any guidelines to go by" Hagenbach told the Oregonian.

"They showed loving attention, were attentive to his needs, and at this point had been fighting faithfully in court for almost three years to prove to CPS that they were capable and loving parents."

Ms Hagenbach has since been petitioning for the children to be returned to their parent’s care. However the Department of Human Services have reportedly moved to end the couple’s parental rights so that the children might be adopted.

The controversial and deeply sad case has opened up the debate about when is appropriate for the state to remove children from parents on welfare grounds.

Re CB [2017]: domestic abuse case adjourned to offer father "one final, time-limited opportunity" to co-parent
This site uses cookies. Find out more. Continued use of this site is deemed as consent.   CLOSE ✖