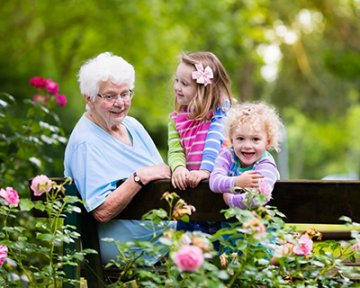 The presumption of advancement (by which a husband is presumed to be making a gift to his wife if he transfers property to her or purchases property in her name), although not yet in force, is abolished by Part 15 of the Equality Act 2010 s. 199.

This fairly recent change in the law does not however, consider the presumption of advancement between parents and children. Often bank accounts are set up between an elderly parent and child so that one joint holder (usually the child acting on behalf of their parent) is able to access funds and use them for the other’s care.

The case of Drakeford v Cotton v Stain EWCH 1414 (Ch) highlights the importance of recording the intention about how joint bank accounts set up for this purpose are to pass when one of the joint holders dies. In this particular case, Mr Justice Morgan did not apply the presumption of advancement at the time in which the joint bank account was set up, but considered whether such a presumption arose at a later stage.

The principal issue in this case was whether the funds in the joint account formed part of the elderly mother’s estate (and therefore were to be distributed under the terms of her will to all three of her children) or whether an arrangement was made between the mother and daughter (co-joint bank account holder) in which the money in the account was held in such a way that it passed to her daughter and did not form part of her estate.

Upon hearing evidence, Mr Justice Morgan found that the account had been set up purely for convenience so that funds could be withdrawn on behalf of the co-signatory. It was found that, following an aggressive telephone call from the deceased’s other daughter, she had arranged matters so that this daughter did not inherit any of her estate, including the funds held in the joint bank account.

At the time of this telephone conversation, the deceased informed her co-joint account holder that she wished the funds to go to her on death. She explained that she wished for this to happen as she had cared for her, wanted to reward her for this, and did not wish for her daughter (with whom she had had the argument with) to inherit.

Mr Justice Morgan found that it was at the point of making this statement that the presumption arose and the money in the joint account would be held in trust under which both joint account holders would enjoy beneficial interest.

This case is particularly interesting in that Mr Justice Morgan did not apply the presumption of advancement on the basis that the gift was not intended when the account was set up but that a presumption could later arise. It emphasises the importance of communicating clearly to the fellow joint holder, and others, exactly how the account is to pass on death.

Fiction vs Family Law: The myth of the prenup
This site uses cookies. Find out more. Continued use of this site is deemed as consent.   CLOSE ✖