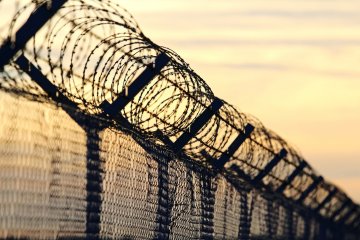 In November last year the BBC reported that a man who was in prison for sexually abusing his own children still had maintained parental responsibility over them. The previous month an abhorrent story broke in the US where a man who raped a 12-year-old girl and fathered her child had been awarded joint legal custody and visitation rights after serving his sentence years before.

Horror stories like these have fueled accusations that court’s promotion of parental contact "wherever possible", has put children at risk. Given that a prison sentence does not equate to posing harm to your children, imprisonment does not automatically restrict or remove parental responsibility. But with 200,000 children affected by parental imprisonment across England and Wales, the parental rights of prisoners is a particularly thorny issue.

A Westminster Hall debate last December emphasised the importance of preserving children’s relationships with incarcerated parents, notwithstanding those prisoners assessed to pose a risk to their families. MPs drew from Lord Farmer’s damning report published in August last year, %27The importance of strengthening prisoners’ family ties to prevent reoffending and reduce intergenerational crime%27. There is "an unacceptable inconsistency of respect for the role families can play in boosting rehabilitation and assisting in resettlement across the prison estate", his Ministry of Justice report found. His report explained the real social and economic benefits of promoting family life as well as outlining the damage done by further restricting children’s access to their parents. Many of the problems, however resulted from all of the familiar problems plaguing UK prisons.

"At present the challenges those employed in the prison system are facing every day – particularly the understaffing, overcrowding and violence – are impeding their ability to build relationships with the men in their care and hampering the development of programmes and approaches that would enable families to play a greater role in rehabilitation." - Farmer Review

Prison Governors are required to promote the interests of inmates’ family lives and social rehabilitation and are also accountable for promoting welfare of children on visits. All convicted prisoners have a long-standing statutory entitlement to a minimum of two visits every 28 days. They can also be rewarded for good behaviour and rehabilitation efforts with additional visits. However there are structural problems that make these commitments hard to reach. Many prisons don’t have visitor’s centers. Though family engagement workers are in place in all the few female prisons, women might be incarcerated hundreds of miles from home, posing particular problems for low-income families or families with younger children.

When a parent poses a risk to their families, child arrangements are a balancing act between the competing demands of promoting parental contact and protecting children from harm. Amendments to the Children Act in 2014 saw the assumption that parental contact is beneficial to child welfare enshrined in statute. Child arrangements can vary widely and contact might be indirect, issued through skype calls or letters. However even indirect contact orders can be problematic, particularly in abuse cases. In 2015 the heartbreaking case of Natalie Allman drew publicity after the mother of two was ordered to write letters to the father of her two young children who was imprisoned after torturing her for 7 hours in front of her sons. The indirect contact order was put in place to ensure the father would receive updates about his son’s lives as well as send them letters himself.

Last year saw the successful campaigning of Women’s Aid and the All Party Parliamentary Group on Domestic Violence and a juridical review, bring about changes to the guidance directing child contact decisions in domestic violence cases. The implication was that the family court’s assumption that contact will promote the child’s welfare, a presumption said to amount to ’contact at all costs’, was putting children and mothers at risk. The subsequent rephrasing in Practice Direction 12J was said to swing the balance slightly towards the side of caution.

The last prison reform bill did not complete its passage through parliament before the general election was called and there was no prison reform legislation announced in the Queen’s Speech last summer. In October last year the (former, as of today) Secretary of State for Justice David Lidington announced that an action plan was underway, and is now soon to emerge. It would be unsurprising if these high-profile controversies, where contact orders have put children in harm’s way, have dampened enthusiasm for promoting children’s ties to parent’s behind bars. Given that breaking families up is an inevitable consequence of prison sentences however, this may be fudging the issue. Where non-violent prisoners are torn needlessly from their families the solution may be rather more simply found, one could argue, in fewer custodial sentences.

All cases involving children are required to regard the welfare check-list depicted in section 1(3) of the Children Act 1989. The below points are all assessed by the court in any child proceedings to determine the best course of action for the child’s welfare:

The right to have input into a decisions about a child's life.
“Ayesha Vardag - Britain’s top divorce lawyer.”

Top judge throws out 21 divorce petitions issued by fraudster barrister
This site uses cookies. Find out more. Continued use of this site is deemed as consent.   CLOSE ✖