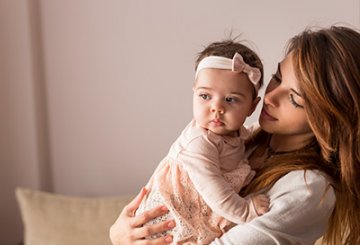 The birth of a first child causes a plunge in happiness worse than that of divorce, unemployment or a spouse’s death, a study by the Max Planck Institute for Demographic Research (MPIDR) and the University of Western Ontario found.

While parents-to-be reported more joy in the year preceding their first child, 70 per cent of new parents saw happiness levels drop in the first two years after the birth of their child, reported The Washington Post.

Is a 1.4 unit drop really so extreme, considering the many of sleep-deprived challenges that new parents face? The researchers noted that divorce brings only a 0.6 unit drop, while unemployment or the death of a partner leads to a 1 unit drop.

The study surveyed 2,016 German couples “from three years before a first birth through at least two years after the first birth.” The staggering decrease in happiness after welcoming a firstborn certainly sheds some light on why Germany was recently found to be the country with the world’s lowest birth rate, at 1.5 children per couple.

Researcher and MPIDR director Mikko Myrskylä explained why those little bundles of joy weren’t living up to their reputations: “Generally, new parents complain about a lack of sleep, relationship stress and a feeling of loss of freedom and control over their lives.”

While the initial drop in life satisfaction may dissuade some couples from having more children, the researchers noted that, after the first year, having one or two children increased parents’ overall happiness. Perhaps, then, the so-called ‘terrible twos’ should be welcomed after all.

Divorce in history and culture: Islam
This site uses cookies. Find out more. Continued use of this site is deemed as consent.   CLOSE ✖