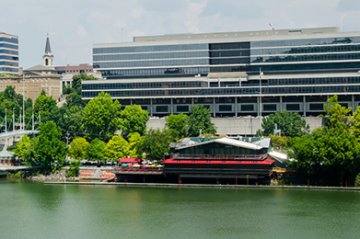 Erica Witt and Sabrina Witt legally married in Washington D.C. in April 2014 before moving to Knoxville Tennessee, where their daughter was born in January 2015. As the State of Tennessee did not recognise same-sex marriages at the time, Erica Witt’s name could not appear on the birth certificate as the second parent. Sabrina Witt appears on the certificate alone as the biological mother.

The relationship broke down and Sabrina Witt filed for divorce in February 2016 and now seeks to deny Erica access and rights over their daughter.

The State’s law regarding artificial insemination was enacted in 1977, and has yet to be updated to reflect same-sex relationships. The law confers parental rights on the biological mother and her “husband,” and they can legally be named on the birth certificate. Therefore, there is no recognition in State law for women in same-sex relationships of any financial responsibility, parental rights or authority to make decisions regarding a child’s life, if a women is the non-biological parent.

Erica Witt, with her wife, has been raising their daughter since birth. However, because Tennessee law clearly does not apply to women in same-sex marriages or relationships, Erica Witt does not qualify as her daughter’s legal parent. Erica Witt’s lawyers have stated that the law needs to be interpreted “in a manner that makes it constitutional,” and ensure that a decision is in the best interests of the child.

Sabrina Witt’s legal position is that in the statute “terminology is not interchangeable” and so cannot apply to same-sex marriage.

The US Supreme Court legalised same-sex marriage in all states in the 2015 case of Obergefell v Hodges. Justice Anthony Kennedy stated in his judgment that same-sex couples could not be discriminated against by individual States in recognising marriages:

“Excluding same-sex couples from marriage thus conflicts with a central premise of the right to marry…without the recognition, stability, and predictability marriage offers, their children suffer…the marriage laws at issue here thus harm and humiliate the children of same-sex couples.”

Judge McMillan chose to ignore the mandate of this Supreme Court ruling, agreeing with Sabrina Witt’s Counsel, and refused to recognise Erica Witt’s parental rights. In determining that the statute should be read literally, the judge stated that “I believe this is a situation where has no biological relationship with this child…has no contractual relationship with this child.”

The judge considered that his hands were tied as a matter of “social policy”:

“I believe as a trial court I am not to plow new ground, but to apply precedent and the law”

Judge McMillan has put the couple’s divorce on hold to enable Erica Witt to appeal this decision to the Tennessee Court of Appeal so they can consider the appropriateness of the old legislation. In the meantime, Erica Witt has to apply to the court for visitation rights, as in the case of a step-parent, to see her daughter, but will still have no say over issues regarding the child’s education or medical needs.

The State’s failure to update their laws in light of last year’s Supreme Court ruling will cost this couple, and others, a fortune in legal bills. Sabrina Witt’s lawyers used the legislative uncertainty and inequality simply to prevent Erica Witt from achieving parental responsibility. However, it can be hoped that on the decision’s appeal, the issue of artificial insemination and same-sex divorce will be brought to the forefront of judicial consideration and give the State an opportunity to ensure the legislation reflects modern society.

Mariah Carey puts wedding on hold as ex-husband refuses to sign divorce papers
This site uses cookies. Find out more. Continued use of this site is deemed as consent.   CLOSE ✖