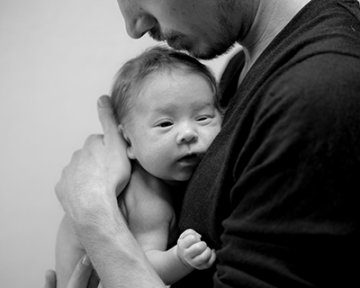 Mrs Justice Theis, sitting in the Royal Courts of Justice earlier this year, granted a parental order to a same-sex couple in the UK, concerning a child ‘X’ born by a gestational surrogate in Nepal where commercial surrogacy is banned.

The applicants, CH & NM, are civil partners who had a child, ‘Y,’ through surrogacy in India four years ago. A parental order was granted by the UK courts for this child in 2011. By the time the couple looked to surrogacy for their second child ‘X’, commercial surrogacy had been banned in India. The surrogacy service they had used in India recommended looking into the process in Nepal. As Mrs Justice Theis stated in her judgment, “Nepalese surrogacy agencies were established following restrictions imposed on Indian surrogacies”.

X was subsequently born via an Indian surrogate in Nepal, July 2015. It then took three and a half months to secure the baby’s exit from Nepal.

At the time the applicants entered into a surrogacy arrangement with a married Indian citizen in Nepal, ministers had marginally relaxed the ban on commercial surrogacy in specific circumstances. Foreigners were temporarily permitted to enter into surrogacy agreements, so long as the gestational surrogate was similarly a foreign national. However, the Supreme Court in Nepal reversed this lift on the commercial surrogacy ban on 25th August 2015, and no exit visas were being issued to “Nepalese surrogate born children.”

X was living in Nepal with the applicant CH after his birth, with NM and Y returning to the UK shortly after to return to work and to start school in the UK. X was registered as a British citizen on 11 August 2015, with his passport application approved on 30 September 2015. It wasn’t until 29 October 2015 that X was permitted to leave Nepal with CH.

In October 2015 the Nepalese government approved the issuing of exit visas to those born through surrogacy agreements in Nepal so long as the child was born prior to 25 August 2015 when the ban was reinitiated. As X was born in July 2015, he was consequently granted an exit visa and able to travel to the UK.

The applicants applied for a parental order in relation to X soon after his birth, having previously been through the process with child Y and appreciating the need to minimise delays. However, these efforts proved to be in vain:

“Despite their preparation and experience they endured significant delays and separation in their family whilst the immigration procedures were undertaken.”

The ruling acknowledged that “the prompt issue of their application for a parental order (within 8 weeks of X’s birth) before he had come to this country was vital” as it enabled the court to start proceedings, listing a hearing and assigning a children’s guardian to X.

The surrogacy agreement the applicants had with SM, the gestational surrogate, was not unlawful at the time of commencement. Mrs Justice Theis, in reviewing the agreement determined that it was clear the agreement confirmed that the surrogate and her husband (MM) consented to the process and “not claim any rights” to the child after its birth.

The child’s welfare is always paramount to the court, as per s.1 Adoption and Children Act 2002 (ACA 2002). The Children’s Guardian, Ms Taylor, reviewed the circumstances and living arrangements of X and recommended that the court make a parental order. In her report, Ms Taylor emphasised that SM & MM have no genetic connection to X, and that a parental order would legally end their parental responsibility to X, and enable X to live with his biological father in a stable two-parent family. “He will be and is part of a close and mixed ethnicity extended family, and the immediate family is well supported by friends and extended family alike.” Therefore, in her judgment, Theis J considers the familial and cultural support for X is strong in living with the applicants, who he has lived with from birth.

Mrs Justice Theis ruled that the criteria of s.54 Human Fertilisation and Embryology Act 2008 and the issuing of parental orders are met as X was born to a surrogate following IVF treatment. The applicants applied to the court for a parental order shortly after X’s birth, and within the statutory 6 month time-frame. The respondents were served notice of these proceedings and signed a Form A101A consent form, cooperating fully with the arrangements and court proceedings. Therefore, the judge considered that there was no statutory issue preventing the court’s jurisdiction to grant a parental order in this case.

In addition, the surrogacy package agreed between the applicants and the surrogacy centre in Nepal included an agreement to pay USD$48,332.49, with the surrogate SM to receive USD$5,600 compensation (equivalent to £3,750) in monthly instalments. The courts approved such payments in D and L (Minors Surrogacy) . Therefore, Theis J authorised this payment to SM, as “the evidence demonstrates the applicants entered into this arrangement in good faith, they had previous experience…they visited and satisfied themselves regarding the hospital and residential facilities provided to SM and her family during her pregnancy.”

Reviewing the relevant legislation, Theis J considered s.54 of the Human Fertilisation and Embryology (Parental Order) Regulations 2010 which provide an outline for the administration of registering parental orders and a child’s birth “utilising the same procedure as for adopted children.” Therefore, the court has jurisdiction to grant a change of name for a surrogate child, in particular if it associates with the identity of that child.

Further, Schedule 1 of the Parental Order Regulations 2010 requires, as shown on the parental order application form, both the child’s current name and the new name of the child if a parental order is granted. Therefore, it can be inferred that changing a child’s name after adoption or surrogacy was envisaged.

Court has jurisdiction under Schedule 1(4) ACA 2002 (and FPR r.13.22) to amend parental orders up to 12 months after issuing, to include a new name for the child.

The judge granted a parental order to the applicants in respect of X, in light of the fact that X had lived with them since his birth. X would be living with his biological father in a stable two-parent family environment with an older sibling of similar ethnicity. The judge therefore considered that X would be well looked after living with the applicants and granted the parental order and granted the name request.

The applicant’s entered into a surrogacy arrangement in Nepal at a difficult time , as the country was in an economic downturn following an earthquake earlier in the year, and X’s birth coincided with the country’s reversal of legal commercial surrogacy. Nevertheless, the judge stated that “the applicants have been assiduous in their efforts to ensure that all the necessary procedures both in Nepal and here have been complied with.”

Mrs Justice Theis used this judgment to strongly highlight the procedural difficulties of international surrogacy, emphasising that other prospective parents should seek legal advice in the jurisdiction to ensure that relevant legal requirements are complied with correctly and speedily, as in the present case. The judge quoted the guidance from the Foreign and Commonwealth Office publication Surrogacy Overseas, which highlights the complexity of such arrangements.

Marriage, divorce and millennials: long distance marriages
This site uses cookies. Find out more. Continued use of this site is deemed as consent.   CLOSE ✖