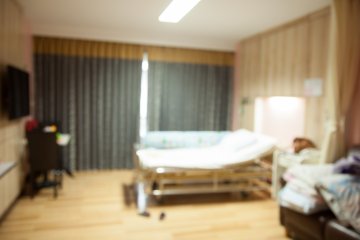 In February 2017, the Court of Appeal was asked to consider, among others, the question of whether someone with parental responsibility can consent to a confinement that would otherwise be a deprivation of liberty for young persons (those aged 16 or 17). This case, Re D (A Child) EWCA Civ 1695, was an appeal from a local authority with regards to a decision made in Birmingham City Council v D and W EWCOP 8, where Keehan J held D’s parents could not consent to his confinement now that D had reached the age of 16 and that D’s confinement was attributable to the state. Sir James Munby, President of the Court of Protection, sought to clarify the law in this area.

The subject of the appeal case is a boy, D, born in 1999, who suffers from ADHD, Asperger’s, Tourette’s and a mild learning disability. There had been two cases prior to this appeal case. D was admitted to a residential hospital in 2013 when he was 14 years old and was assessed as being not Gillick competent. In 2015, when D was 15 years old, the matter was brought before the court. In Re D (A Child) (Deprivation of Liberty) , Keehan J held that his parents could consent to his placement at the hospital, in the exercise of their parental responsibility, and this did not amount to a deprivation of liberty under Article 5 of the European Convention on Human Rights. Following D’s 16th birthday, D was transferred from the hospital to a specialist residential setting. Keehan J, in Birmingham City Council, held that D’s parents’ consent was immaterial as the boy was 16. This placement amounted to confinement and as such, did constitute a deprivation of liberty. The judge made an order pursuant to s. 16 of the Mental Capacity Act 2005 authorising D’s deprivation of liberty.

The local authority appealed the decision, on three grounds: firstly, that the judge had erred in law by finding that a parent could not consent to arrangements for a child who had reached their 16th birthday which would otherwise amount to a deprivation of liberty; secondly, that the judge had erred in law in finding the arrangements put in place for D were attributable to the state; and thirdly, that the judge was wrong to find that D had been deprived of his Liberty “having regard to the procedures which ensure that arrangements for 16 and 17 year old children, including those who lack capacity, are appropriately monitored”. Sir James Munby, at the Court of Appeal, stated that the most difficult point the court had been asked to decide on was the first ground of appeal, and his judgment largely focuses on this part.

The Court of Appeal looked to the framework of Article 5 set out in Storck v Germany (2005) 43 EHRR 96. The three components of a deprivation of liberty, the “Storck components” are: (a) the objective component of confinement to a particular restricted place for a not negligible length of time (b) the subjective component of lack of valid consent; and (c) the attribution of responsibility to the state. Considering the Storck components, the Court of Appeal dismissed the appeal on the second and third grounds but did allow the appeal on ground one, concluding that parents can exercise their parental responsibility and consent to the confinement of their child where the child is 16 or older, if they lack the capacity to give valid consent. It was held that, in consideration of component (b), it is necessary to identify the relevant “rights of the holder of parental authority” under domestic law. The court said that there is no “magic” in the age of 16, Gillick capacity is specific to each child and is not determined by age; the exercise of parental responsibility comes to an end on the child attaining Gillick capacity, and not of attaining a prescribed age.

As such, it has been confirmed that where the child or young person lacks the capacity to give valid consent, parents may exercise their parental responsibility and consent to the confinement of their child. In this scenario, there will not be a lack of valid consent nor a deprivation of liberty requiring the authorisation of the court.

Berlin same-sex couple become the first to adopt a child in Germany
This site uses cookies. Find out more. Continued use of this site is deemed as consent.   CLOSE ✖