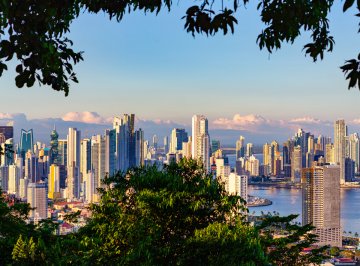 When it comes to hiding assets with a divorce looming, it seems there is no limits to the lengths some will go to.

The recently uncovered Panama Papers outed Mossack Fonseca, a global law firm that creates offshore shelters. Some of its clients used offshore companies not only to evade taxes, but to hide assets from their soon-to-be ex-spouses.

Dmitri Rybolovlev, a fertilizer magnate worth an estimated $8.5 billion, used Mossack Fonseca to weave a complicated web of offshore assets before his divorce. Elena Rybolovleva began her legal battle with her estranged husband in 2008.

The Rybolovlevs lived in Switzerland and under Swiss law, each partner is entitled to half their combined fortune in the case of divorce. However, documents sent via email to Mossack Fonseca revealed that Rybolovlev used his offshore company to move valuables when his marriage started to turn sour.

Rybolovlev, with the help of Mossack Fonseca, used a shell company in the British Virgin Islands to buy and store artwork worth $650 million (reported in The Star). Xitrans Finace Ltd., effectively a post office box, owned works by Picasso, Van Gogh and Monet.

’We are not involved in managing our clients’ companies,’ stated Mossack Fonseca. ’Excluding the professional fees we earn, we do not take possession or custody of clients’ money, or have anything to do with any of the direct financial aspects related to operating their businesses.

’We regret any misuse of companies that we incorporate or the services we provide and take steps wherever possible to uncover and stop such use.’

Elena Rybolovleva was awarded $4.5 billion by a Swiss court - after years of legal struggles, but the amount was cut to $600 million after an appeal, noted Time. She later accepted an undisclosed settlement.

Michelle Young, a former Vardags client, who spent millions of dollars and seven years hunting for her ex-husband’s assets, said, ’It’s a blood sport. Unless you’ve got the funds, you’re dead and buried’.

To find out more about hidden assets, click here

'Anti-gay' bill passed in North Carolina
This site uses cookies. Find out more. Continued use of this site is deemed as consent.   CLOSE ✖