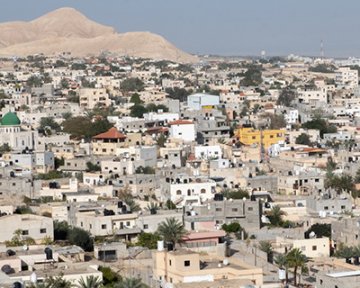 In Gaza, Sameera Al-Shawmra was frequently stopped by Israeli soldiers en route to the hospital where she was seeking cancer treatment. She was often detained for hours or barred from entry because her husband, Ahmad Nattat, was a former Palestinian detainee.

As her condition worsened and her need for medical treatment intensified, Al-Shawmra was forced to divorce her husband to prevent further hindrances from the Israeli army.

Nattat and Al-Shawmra married 13 years ago and settled in Gaza. Two years later, when Al-Shawmra attempted to visit her family in the West Bank, Israeli authorities denied her access because her husband had been a prisoner from the Gaza Strip.

Al-Shawmra eventually managed to reach her family via the Erez crossing, but was unable to return to Gaza afterwards due to the Al-Aqsa Intifada—a period of Israeli-Palestinian violence with an estimated death toll of over 4000, including civilians.

Nattat attempted to bring his wife back to Gaza with him, but was detained by Israeli occupation forces.

Al-Shawrma was unable to see her husband in Gaza because she was refused a permit, while Nattat cannot meet his wife in the West Bank because of Israeli restrictions dating to 2005. Nattat “calls all who can help to reunite him with his wife again, and be by her side during her struggle,” reported IMEMC News.

Since the divorce meant to facilitate Al-Shawmra’s movement, Nattat’s name has been removed from her ID card so that she may seek treatment without being detained by Israeli authorities. They hope to be reunited soon.

Divorce in history and culture: royal divorces
This site uses cookies. Find out more. Continued use of this site is deemed as consent.   CLOSE ✖