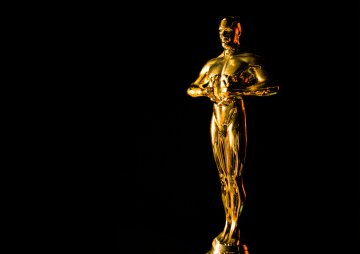 In a seemingly bizarre bit of research, academics have discovered that male Oscar-winning actors face an increased likelihood of divorce. Apparently, winning a coveted Academy Award leads to a substitution of a gold statuette for a gold band.

The data, from research conducted by academics at the National University of Singapore and the University of Michigan, suggests that male recipients of the prestigious awards are a staggering 205 per cent more likely to see their marriages break down.

So, why the focus on male actors only? It’s a response to the so-called ‘Oscar love curse’ that had previously been identified – somewhat less scientifically – as affecting actresses, both lead and supporting; they were supposedly doomed to being cheated on or divorced by their partners. Actresses who have fallen foul of the ‘curse’ include such luminaries as Bette Davis, Elizabeth Taylor and Dame Maggie Smith, all the way through to Emma Thompson, Halle Berry and Sandra Bullock.

There was some research conducted into this back into 2011 by the University of Toronto, which showed that actresses were demonstrably more likely to break up after an Oscar win. The new research appears to contradict this as the data by the two universities has drawn the conclusion that Oscar success affects both male and female actors but disproportionately males.

Not to be overly cynical, but Hollywood actors don’t necessarily seem the most sensible control group for a research experiment in marriage longevity. Given the infamously high rate of relationship breakdown and divorce among the thespian elites, it is hardly surprising that the added pressure of extraordinary success adds to these numbers. And it’s not even a recent phenomenon. Think of the golden age of Hollywood, when stars such as Ava Gardner and Humphrey Bogart were getting through three and four marriages between them.

Posthumous claims on estate for non-disclosure
This site uses cookies. Find out more. Continued use of this site is deemed as consent.   CLOSE ✖