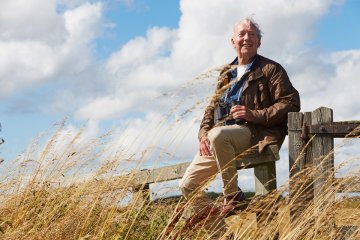 We’re all familiar with the term ‘silver splitters’ but recent evidence suggests we should be thinking more about ‘silver singles’. The Sunday Telegraph analysis of the ONS figures on marital status between 2002 and 2015 has revealed some interesting things about modern living arrangements. The most striking trend in the data is the almost 50 percent increase in people still single in their 50s.

The survey showed that, overall, the number of people who have never been married or in a civil partnership and are not cohabiting has increased by almost 260,000 over this 13 year period. The most significant rise was for those in their late 40s, 50s and 60s, with the number of people in their 50s in this situation nearly doubling, from 377,180 in 2002 to 724,439 in 2015. Within this statistic, it is notable that women are more likely to remain single as their figure grew by 150 percent over the time period, in contrast to the 70 percent increase for men.

These statistics are also a reminder of the recent drop in divorce rates partly due to the fact that couples in the UK are now feeling less pressured to tie the knot. In contrast to the divorce-heavy year of 1994 where there were 14.2 divorces per every 1,000 couples, 2014 saw the lowest divorce rate in 40 years. It is probable that these figures had significant impact on ONS’s survey of singledom, as well as the reality that many couples have also chosen not to cohabit.

Experts interviewed by The Telegraph suggest that one reason for the low numbers of people in their 50s, 60s and 70s in long-term relationships is because their own experience of their parents’ divorce has left them wary of commitment. The Divorce Reform Act of 1969 changed legislation from purely fault-based grounds for divorce to include separation if:

a) The respondent has deserted the petitioner for a continuous period of at least two years immediately preceding the presentation of the petition.

b) The parties to the marriage have lived apart for a continuous period of at least two years immediately preceding the presentation of the petition and the respondent consents to a decree being granted.

This reform led to a spate of divorces in the early 1970s, rising from 5.9 divorces per every 1000 couples in 1971 to 9.5 in 1972. The children of these splitting couples are the generation who are now reticent, or less likely, to settle down with a partner, perhaps owing to these memories of domestic unhappiness.

Social mores surrounding marriage have changed significantly since the time when people who are now in their 50s, 60s and 70s were born. In the UK, where attitudes towards love, sex, marriage and divorce continue to liberalise, it is perhaps not surprising that many have chosen, or at least ended up, following a path with no strings attached.

Heartbreak Hotel: Britain’s first divorce hotel opens its doors in York
This site uses cookies. Find out more. Continued use of this site is deemed as consent.   CLOSE ✖