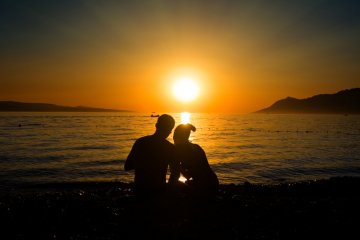 Last week the Office of National Statistics released figures showing that the divorce rate in England is continuing to fall, with the exception of an older generation of divorcees over the age of 50.

The figures show that the average length of marriage is 11.7 years with a 2.9 percent drop in the number of couples formally separating, bringing the divorce rate to the lowest level in 40 years.

An estimated 42 percent of marriages end in divorce, but it is predicted that the proportion of divorces will continue to decrease for the most recent (those who married since 2000) married couples.

Marriage among the younger tranches of society is on the decline: in 2012, 14 percent of brides and 8 percent of grooms were under 25, compared with 76 percent and 61 percent in the late 1960s. The media attributes this decline to a focus on higher education and career among the younger generation.

Further, the Telegraph points out that the decline in divorce rates coincides with couples living together first, unmarried, as a result of a change in social attitudes.

Resolution thinks it best to take the statistics with a pinch of salt, for although divorces may be on the decline, the figures do not account for the breakdown in cohabiting partners’ relationships, and a break up without a marriage can have just as detrimental an effect on a family as a divorce.

Sharland v Sharland: a closer look
This site uses cookies. Find out more. Continued use of this site is deemed as consent.   CLOSE ✖