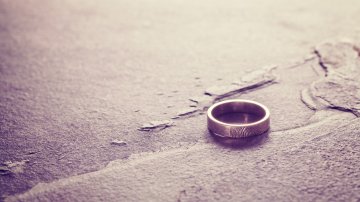 This week, ONS published statistics on divorces in England and Wales in 2015. The data reveals many trends in modern relationships but this survey is particularly interesting because it is the first record of same-sex divorce. The statistics also showed that 2015 saw the lowest divorce rate in over 40 years.

Same-sex marriage was legalised in England Wales in March 2014, despite opposition by the Church of England and the Roman Catholic Church. Over 130 Conservative MPs voted against the bill but David Cameron insisted on its importance and it finally passed with the support of the Liberal Democrats and Labour.

Since gay couples could only marry in spring 2014, the statistics covering the year of 2015 are the first evidence of same-sex divorce. The data shows that in 2015 there were 22 same-sex divorces – 12 lesbian couples and 10 gay. However, since England and Wales has no previous years to compare these figures to, we will have to wait a few years to be able to draw conclusions.

In contrast, the statistics can tell us a huge amount about heterosexual marriage. In 2015, 101,555 opposite sex couples divorced – a 9.1 percent decrease from 2014. This total was also 34 percent less than 2004, the year which saw the highest divorce rates. The data has shown that the divorce rate is highest for people aged between 40 and 44.

When analysing the statistics by gender, there is a clear disparity. The average age for a woman to seek a divorce is 43.5 whereas the average age for a man is 45.9, but both ages have been steadily increasing since 1985. Wives are overwhelmingly more likely to start the divorce process than husbands, with 63,565 women petitioning in 2015 compared to 38,490 men. This too is unsurprising as, since 1944, it has been predominantly women looking to initiate divorce proceedings. The amount of men/women divorcing per 1000 married males/females however has reduced by the same amount since 2014: 8.6 percent.

Regarding the length of marriage, the data reveals that the median time spent together in 2015 was 11.9 years. This is a 0.2 increase from the 2014 average and also indicates the trend that people who married in the 2000s are more likely to weather the first 5 to 10 years than those who married in the 1990s.

There is no longer the same pressure to fit the mould of a traditional family and many couples are choosing to start a family without tying the knot. Since couples are cohabiting for longer or, in some cases, swapping marriage entirely for cohabitation, it seems that those who choose to marry are the ones who really mean till death do us part. The fact that women are now more likely to have their own financial independence also has an impact on the age people are marrying and the assets at stake during divorce.

Now that the first scraps of information about same-sex marriage and divorce are starting to trickle in, we look forward to the release of statistics for 2016 and 2017 to see a truer reflection of modern love and relationships in England and Wales.

Husband crowdfunds to bring case against life-long maintenance to Supreme Court
This site uses cookies. Find out more. Continued use of this site is deemed as consent.   CLOSE ✖