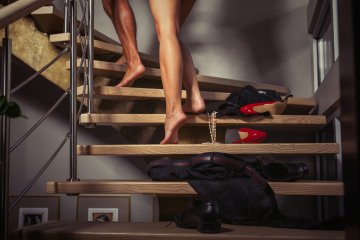 The online divorce pilot introduced this week could lead to a dramatic rise in adultery allegations, solicitors warn.

"The new form flatly asks for ’the name of the person your spouse has committed adultery with’," Vardags director Georgina Hamblin explained to the BBC.

In the older version of the form, the term adultery was not used and the person in question is described more unobtrusively as a co-respondent.

It is not required to name the co-respondent when filing for divorce and citing adultery, and divorce solicitors often advise against doing so. However there may now be a flurry of unhappy petitioners bringing their spouses’ lovers into proceedings.

"This is an invitation which I fear most broken hearts will not be able to refuse," Georgina said. The new online form is a streamlined version of the current divorce petition, designed to be simpler and more accessible for litigants. The current paper-based divorce system requires documents to be filed in triplicate and can be rejected for trivial procedural reasons. It is anticipated that the move to online petitions will greatly alleviate the burden on the court system and speed up proceedings.

However there is a risk that the form in its current wording would amount to a step backwards for family law.

In a speech earlier this year, Sir James Munby, President of the Family Division celebrated such procedural improvements but emphasised the need for more substantive reform of divorce law, including most significantly, new legislation for no-fault divorce.

Involves one spouse having sexual intercourse with a person who is not their spouse. A ground for divorce. Also known as: having an affair.
“Ayesha Vardag - Britain’s top divorce lawyer.”

Law Commission recommends overhaul of outdated wills system
This site uses cookies. Find out more. Continued use of this site is deemed as consent.   CLOSE ✖