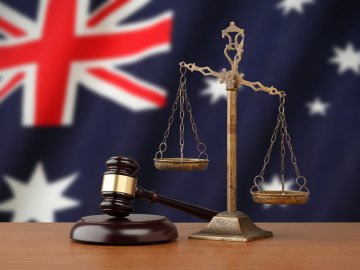 The interim report from Lord Justice Briggs exploring possible online avenues for the Small Claims Court was published this week.

Lord Thomas of Cwmgiedd, the Lord Chief Justice, commissioned the report last year because of concerns that ordinary people’s access to litigation has fallen victim to spiralling legal costs and cuts to legal aid. Indeed, last year the Guardian reported that fewer and fewer small claims (under £25,000) were making it to hearing, perhaps as a result of the high costs faced by litigants.

The report aimed to propose an online alternative that would could offer ‘effective access to justice’ by cutting the cost of litigation. Briggs LJ also noted that an online court would reduce the burden on the court system in general. The report paves the way for a preliminary online court to be established in the next year.

It comes on the back of a report, published last year by legal futurologist Professor Richard Susskind, which suggested that an online court could be in place within two years. Susskind suggested that eBay’s dispute resolution system be used as the model, and that aspects of it could be completely automated. Briggs LJ’s report shies away from this and Susskind’s more extreme proposals.

Most of the savings would come from effectively removing lawyers from small claims litigation. However many legal professionals are concerned that it leaves unanswered many crucial questions about the quality of legal advice potential online litigants will receive.

Perhaps unsurprisingly, the Law Society has voiced its concern that, in reducing the role of lawyers in small claims litigation, an online court might sacrifice justice on the altar of austerity. Law Society President Jonathan Smithers advised litigants to be wary of seeking redress without taking legal advice. He suggests that providing a cheaper, online alternative to the traditional court would be tantamount to condoning a two-tier justice system where people who cannot afford professional advice are forced to represent themselves, putting them at an unfair disadvantage.

’"People seeking to recover monies due and owing to them will still need legal advice on their claim as well as, in many cases, assistance with navigating through the process, whether online or otherwise."

He also noted that, although the report purports to make access to justice easier for litigants, a lack of access to good legal advice would put them at a disadvantage.

The report is now receiving submissions. Briggs LJ will make his final report later in the year.

China adopts its first ever domestic violence law
This site uses cookies. Find out more. Continued use of this site is deemed as consent.   CLOSE ✖