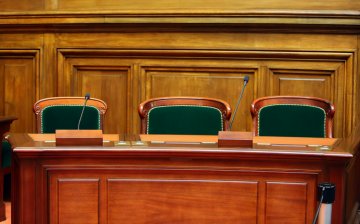 According to a survey released by the Nuffield Family Justice Observatory, opinions on the efficacy, and fairness, of remote hearings are deeply divided – while professionals think they are functioning well, their clients feel differently.

With more than 1,100 professionals and 132 family members contacted, the survey found that 42% of the professionals thought that remote hearings were working smoothly. In stark contrast, 88% of parents reported concerns about the way their case was dealt with, with 66% stating that they thought their case was not handled well.

These headlines statistics reflect similar disparities in almost all aspects of evaluating remote hearings. For instance, 38.5% of professionals thought that fairness and justice had been achieved in every case they had worked on remotely while the majority of parents expressed concern about the handling of their case.

One potential reason for this is that hearings may be harder to follow, and understand, when conducted virtually. While this issue will persist in some cases even when hearings are conducted physically, virtual platforms can further alienate families and prevent lawyers and judges from recognising visual cues that may demonstrate a lack of understanding. The potential for a lack of understanding was summarised by one parent, who said: “I didn’t get to say anything. They just talk. Then hang up, and I don’t really understand what happened.”

This issue is compounded if clients do not have access to video links or the technology to facilitate them. While the significant majority of professionals are able to appear either via telephone or video conferencing software, 64% of parents predominantly participate via phone, removing their ability to respond to, or give out, visual cues.

The biggest issue raised about remote hearings, and one on which both parents and professionals agreed, was the difficulty of creating an empathetic and supportive environment for the individuals involved. While physical hearings allow for clients to be personally supported and reassured by both their legal team and the presiding judge, this is far more difficult to replicate virtually.

As family law is not simply an administrative process, and involves emotive and challenging situations, this potential lack of support has an even greater effect. The separation of client and counsel can also lead to a lack of awareness of emotional states, especially while the hearing is running. This was highlighted by one professional quoted, who said: “Even at directions hearings I think it is hard emotionally for some parents to manage. If it is a telephone hearing, I have sometimes failed to pick up that a parent has become distressed until it becomes apparent that they are crying.”

In response to these challenges, the Nuffield Family Justice Observatory put forward some recommendations. Amongst these was a call for technological improvements, the addition of personal support for vulnerable people and measures to improve the ‘gravitas’ of hearings, aiming to tackle the issue of parties taking virtual hearings less seriously.

Responding to the report, Sir Andrew McFarlane, president of the family division of the high court, recognised these challenges and pledged further improvement, stating: “Whilst technology is improving, there is clearly still work to be done to improve the provision of family justice via remote means. I am very alert to the concerns raised in this report, and I will be working with the judiciary and the professions to develop solutions.”

The introduction of virtual hearings on such a wide scale was an emergency measure and so a period of transition was inevitable. Progress has certainly been made since initial implementation but, on the basis of this report, there is still much to be done.

The six new policies coming into force in September
This site uses cookies. Find out more. Continued use of this site is deemed as consent.   CLOSE ✖