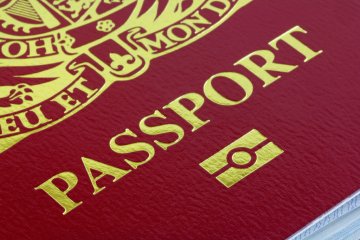 Recent changes to the UK’s immigration policy have made it more difficult for Britons to bring their non-European spouses to live with them in the UK. This has focused attention on what is known as the Surinder Singh route.

This involves a British national moving with their non-EEA (the EU plus Iceland, Liechtenstein and Norway) spouse to another country in the EEA in order eventually to be able to settle in the UK.

Although this ’route’ has, in effect, existed since 1992, when Surinder Singh’s immigration appeal was heard by the European Court of Justice, it has only recently risen to prominence after the coalition government mandated that Britons must earn at least £18,600 a year to qualify to bring their non-EEA spouse to the UK.

Although the controversial restriction was initially labelled “unjustified” by Mr Justice Blake in the High Court, his ruling was overturned by the Court of Appeal. The case is now before the Supreme Court.

Many couples unwilling to wait on this lengthy process have chosen the Surinder Singh route. Surinder Singh was an Indian national who married a British national in 1982. From 1983-1985, he lived with his spouse in West Germany.

In 1987, after his divorce, his leave to remain in the UK was cut short. In 1988, this was followed by a deportation order. Singh challenged his deportation all the way to the European Court of Justice, where it was successfully argued that he resided in the UK, not by virtue of national law, but by that of Community (now EU) law because he had arrived in the UK from West Germany with his spouse. This afforded him spousal rights akin to those of EEA nationals.

Today, this means that British citizens who move with their spouse to a country in the EEA are then able to bring that spouse back to the UK without needing to meet the £18,600 earning requirement. Members of the European Union enjoy freedom of movement for themselves and, crucially, for their spouses. European law prohibits member states from pursuing any measures that would fetter that freedom of movement.

What is less clear is how long UK nationals must reside in Europe to trigger their rights under Community law, which merely stipulates that their ’centre of life’ must be shown to have moved from their home country to somewhere in the EEA.

Of course, with many thousands of couples eagerly awaiting the Supreme Court ruling on the legality of the law and many thousands more keen on voting for Britain to leave the EU in upcoming referendum, both the earning restriction and the Surinder Singh route are set to be challenged in the near future.

Perhaps the fact that the government’s immigration restrictions have, in effect, made it easier for Europeans to bring their spouses to Britain than for Britons themselves will add another element of controversy to the referendum.

Divorce in Bermuda
This site uses cookies. Find out more. Continued use of this site is deemed as consent.   CLOSE ✖