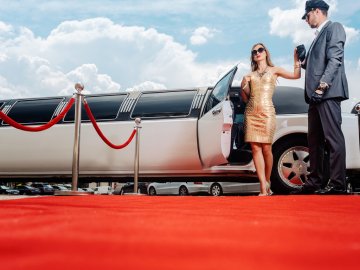 Lisa Marie Presley is claiming that she cannot afford to pay her estranged fourth husband, Michael Lockwood, spousal support nor cover his legal costs. He refuses to believe that, as a beneficiary of the Elvis Presley Enterprises trust, his wife does not have the funds available. The matter has recently been complicated further with allegations of indecent images of children found on Lockwood’s computer. The parties’ ten-year marriage ended in June 2016 when Presley petitioned for divorce. The pair had twin daughters together who are now eight. Presley was previously married to Michael Jackson, Scientologist Danny Keough and also Nicolas Cage (for 108 days). Musician Michael Lockwood, 55, claims that he gave up his career to work exclusively with his singer-songwriter wife, at her insistence. Now metering out the financial settlement, he is asking for $40,000 a month in spousal support and $100,000 in attorney’s fees. According to Fox News, Presley, 49, has said that she is deeply in debt after her money was seriously mishandled by her business manager. She made very little money as a musician herself and owes millions in taxes and credit card bills. She is currently living at the house of her adult daughter, model and actress Riley Keough, rent-free. Even though Presley told the court that “I cannot recall the last time I spent money on clothes and shoes of any value”, her estranged husband is convinced that she has more money than she is willing to reveal. At court, it was found that Presley receives a monthly inheritance payment of $100,000, has a $4,300 a month salary and enjoys health insurance through her father’s estate which earns millions of dollars a year. Presley has a huge 15 percent stake in Elvis Presley Enterprises, set up before his death in 1977.

Since the debate over spousal support started, it has emerged that Presley claims to have found photos and videos of children on Lockwood’s computer. These allegations are yet to be proved and his lawyer, Jeff Sturman, is dismissing the charges as “highly sensational”. Presley is now applying for custody of the twins who are currently in the care of Elvis’ ex-wife, Priscilla, while the legal battle wages. There is a hearing scheduled in March to investigate the criminal accusations but, even if Lockwood’s name is cleared, this headline-grabbing discovery will certainly be hard to ignore when the judges turn to child arrangements.

To read more about Presley and Lockwood’s divorce, click here.