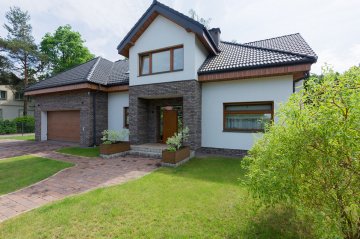 The London County Central Court, is currently hearing the case of Joy Williams, who has launched legal action after her partner’s share of their property passed to his estranged wife.

The matter serves as a frank warning to unmarried couples to consider their legal position properly.

Joy Williams and Norman Martin lived together for eighteen years. Norman had been married once before, and he remained married to his first wife, despite being in a serious and long-term relationship with Joy.

The pair of them owned a property together. In 2012, Norman died of a heart attack. Upon his death, however, his share in the property passed to his estranged wife and not to Joy.

Joy and Norman’s case demonstrates potential issues facing cohabitees who do not put proper legal arrangements in place. The case also highlights potential issues regarding how people can own a property together.

Ownership of the property

Norman had not divorced his first wife and he had not updated his will to reflect his relationship with Joy. This meant that, as a tenant-in-common, he owned a share in the property, and it was passed to his estranged wife and not to Joy.

Couples who cohabit do not have the same rights as married couples or couples in a civil partnership.

This is often forgotten in the romance of moving in together. Sadly, it takes cases like this to remind cohabiting couples that there is no such thing as a common law spouse.

So, what should cohabitees do to protect themselves legally?

What will happen to Joy?

The case is expected to be heard on Thursday 11 February 2016. We will report back with the outcome of the case once the judgment has been released.

Alternative dispute resolution: mediation
This site uses cookies. Find out more. Continued use of this site is deemed as consent.   CLOSE ✖