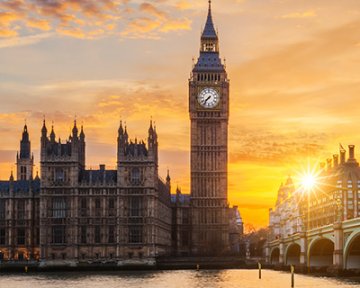 MP Richard Bacon’s private members bill, which seeks to amend the 1973 Matrimonial Causes Act to allow an extra ground for legal separation, had its second reading delayed until Friday 11 March after MPs objected to it being read last Friday.

Significantly, this bill would enable couples to divorce without either party having to admit wrongdoing.

Bacon’s bill would give courts the ability to grant divorces if they are satisfied there is ‘an individual statement from each party that the marriage has broken down irretrievably, signed freely and independently’ – widely known as a “no-fault” divorce.

No-fault divorce already exists in many jurisdictions including Australia, Sweden, and the United States. Reasons for adopting no fault divorce range from allowing couples to split amicably without admitting fault to sparing a country’s legal system the indignity of forcing couples to lie under oath to obtain a divorce.

Herma Hill Kay, a prominent advocate of no-fault divorce in the US expressed her frustration that couples whose marriage had deteriorated effectively faced a choice between living in “marital hell” or lying under oath in open court to dissolve their marriage. Like many other American lawyers and judges, she found that the legal fictions devised and deployed to seek divorce threatened the integrity of the American legal system.

However, in 1996 the last time Parliament considered divorce reform, these arguments were met with fierce opposition. Indeed, the Daily Mail ran an incredibly successful campaign in favour of the status quo, arguing that any relaxing of the marriage laws would devalue the institution itself.

Memorably, the Tory leader in the Lords, Baroness Young said:

No-fault divorce lowers marriage to something of less value than a television licence. There would be no punishment for breaking a marriage, whether you made a promise in church or a contract in a register office. But if you don’t pay for a television licence you can go to jail.

That bill, introduced by the John Major government was dropped in 1997 by Tony Blair’s incoming Labour government. The present bill, which passed its first reading on 13 October last year will now have its second reading in March.

Research carried out by Resolution in June 2015 revealed that 52 percent of divorce petitions were fault-based, but 27 percent of divorcing couples who claimed fault said that it was not true, but the easiest option. This suggests not only that Kay’s arguments for no-fault divorce in the 1960s still have validity, but, more pressingly, that the current regime puts unnecessary stress on couples to find fault with each other at an already stressful time.

Sir Paul Coleridge: Celebrity divorce rate double that of “lesser mortals”
This site uses cookies. Find out more. Continued use of this site is deemed as consent.   CLOSE ✖