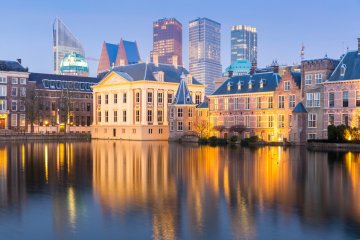 A group of legal experts met in The Hague last week in order to discuss best practices surrounding the enforcement of family law agreements in foreign states. Chaired by Professor Paul Beaumont, of the University Aberdeen, the Experts’ Group on cross-border recognition and enforcement of agreements in family disputes began with the acknowledgement that, as family agreements involving children are "generally made in the best interests of children", they "should be promoted internationally".

Signatories to these treaties, which include the EU, agree to uphold and enforce each other’s decisions in various family law matters. In brief, the first of the conventions deals with the return of abducted children, while the third concerns the enforcement of decisions relating to child support and other types of maintenance. The 1996 Convention is broader in scope, covering orders relating to parental responsibility, custody, guardianship and other civil measures of child protection.

The Experts’ Group discussed the need to streamline the means for the cross-border enforcement of what it calls "package agreements":

While the existing Hague Family Conventions encourage the amicable resolution of disputes involving children, they do not contemplate the use of “package agreements” (i.e., family agreements related to custody, access, relocation and/or child support and which may include spousal support and other financial matters, such as property issues) and do not provide a simple, certain or efficient means for their enforcement.

Drawing on their experience, the Group recognised that such agreements are used with increasing frequency, yet the law as it stands is ill-equipped to deal with them:

To remedy this, the Experts’ Group recommended the development of a "new binding instrument" that would "add value" to the aforementioned Conventions by rendering agreements more easily enforceable in one state and more "readily recognised and enforced" in other states. Additional benefits include reduced costs and increased party autonomy, by "giving parents the possibility of selecting a legal system which has a substantial connection with the child to render the agreement enforceable."

According to the website for the Hague Conference on Private International Law, the recommendations with be presented Council on General Affairs and Policy of the Conference at its meeting next March.

The United Kingdom’s imminent departure from the European Union will not affect the nation’s obligations to the treaty regime. However, we will cease to be subject to EU law that enhances the Hague Conventions of 1980, 1996 and 2000—namely, the EU Maintenance Regulation and Brussels II. The Justice Committee inquiry into the implications of Brexit for the justice system called these EU regulations "improvements over their default alternatives", and recommended that the government "should seek to maintain the closest possible cooperation with the EU on family justice matters, and in particular to retain a system for mutual recognition and enforcement of judgments." A new Hague Convention centred on improving the enforceability of agreements could certainly help realise this aim.

A serious criminal offence, removing a child to another country without agreement of the other parents of the child or leave to remove.

A complex piece of European law which affects jurisdiction and variation in relation to maintenance, as well as the recognition and enforcement of maintenance orders.
“Ayesha Vardag - Britain’s top divorce lawyer.”

Australian man granted access to parents' 40-year-old divorce file
This site uses cookies. Find out more. Continued use of this site is deemed as consent.   CLOSE ✖