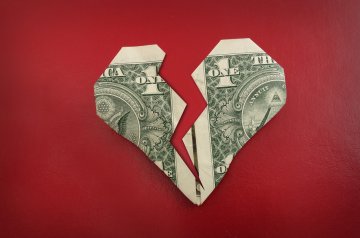 Divorce, for many people, is seldom taken into consideration during the first throes of marital bliss. It is, nonetheless, a phenomenon that many will endure - roughly a third of all UK marriages end in divorce.

While unfortunate, this does not mean that divorce needs to be a battle to end to a once well-intentioned partnership. Understanding the process allows a person to follow a composed and headstrong approach to whatever obstacles they face during proceedings. Here, we discuss the basics in relation to filing for a divorce.

1. What are the ways you can get divorced

While many think that legal proceedings - particularly a divorce revolving around the breakdown of a relationship - require a confrontational courtroom showdown, litigation is by no means a one-size-fits-all solution. It is incredibly important for couples to appreciate, from the very beginning, that the divorce process itself can take on a variety of different forms. Alternative dispute resolution is another approach that can be used instead of litigation, and methods include:

All processes have their own advantages and disadvantages, which is why couples should first reflect on what they want their resolution to look like and the means best suited to achieve this.

2. How long does the divorce process last

The ‘quickie divorce’ is a misnomer popularised by front-page Hollywood divorces. The ultimate duration of your divorce will depend on your individual circumstances, including the relationship you have with your spouse and the state of your financial arrangements. For example, for high net worth (HNW) cases, the division of financial assets can sometimes entail a complicated (and therefore longer) process, especially if requiring financial forensic investigation. Nevertheless, our Director of Divorce & Family Law, Silvia Devecchi, notes that the court process itself is now a lot quicker than it used to be.

Another consideration worth making is that speedier divorce processes do not necessarily equate to ‘better’ divorces. While delaying the entire process may just rub salt into the wounds, time is notoriously the greatest healer. It gives you the opportunity to reflect on possibilities of reconciliation as well as taking the time to appropriately deal with any financial and familial issues. The Divorce,

And remember: the one-year rule is not discretionary. A divorce petition cannot be filed at court before one year has elapsed from the date of the marriage or civil partnership ceremony.

3. The importance of where you get divorced

For international couples with ties to more than one country, the country in which you divorce (also known as the ‘jurisdiction’) is crucial to the outcome. This is because the laws that dictate divorce differ hugely depending on where the divorce takes place. All of this has made popular the maxim that London is the divorce capital of the world, owing largely to its decisions being based around the rule of fairness and equality in a marriage.

4. Who divides the financial assets

Dividing a couple’s financial assets is no easy task. By default, this burden falls on the courts, who must consider the needs and position of each spouse fairly. This means that a judge cannot discriminate based on who is the money-earner versus who is the housemaker. They will also need to factor into their decision various matters like the parties’ standards of living, income and conduct. Not every case is decided the same, or on a 50%/50% basis, though – the courts have ultimate discretion in these instances.

However, a couple does not have to settle in court. And, in roughly 90% of cases, they don’t. In these alternate instances, division of assets takes place via lawyer-led negotiations, including mediation and arbitration. The Family Procedure Rules require the courts to ask whether parties would fare better in taking a private ordering route’ - a common advantage being the ability to achieve a quicker, and consequently cheaper, financial settlement.

4. Why the reason your marriage ended doesn’t matter

Many people incorrectly assume that the conduct of one party will be factored into the financial settlement in relation to a divorce. However, unless the conduct of one party is so egregious that it cannot be ignored, it will bear no relevance at all. In almost all cases, the court is not interested in how the marriage has broken down - their sole interest is how to divide the assets fairly and ensure any children are appropriately and properly catered for.

And it shouldn’t matter at all come 2022. Under the current law, a single ground for divorce exists: the irretrievable breakdown of marriage. To evidence this ground, however, the petitioner is required to select one of the five grounds.From April 2022, the Divorce, Dissolution and Separation Act 2020 will forgo the need to blame and parties will simply need to provide a statement that the marriage has irretrievably broken down.

5. When you can face serious penalties

Despite divorce being a civil proceeding, civil and criminal sanctions do exist for certain kinds of misconduct. This regards, namely, the failure to disclose assets when making a financial settlement. Disclosure of assets is a seminal part of the financial ordering process.

It is a recognised issue in HNW cases that parties may attempt to conceal certain assets to protect them from being pooled into the ‘divided’ assets. This is unlawful and can carry severe consequences, placing the offending party in a potentially worse-off position where “adverse inferences” about the party’s true value of assets, and even prison sentences, are concerned.

It is not only concealers who are at stake, though, but seekers too. As tempting as it may be to conduct a solitary investigation of your partner’s confidential information, any knowledge you do extract in this way will be unusable against your spouse. If, therefore, you are worried that your spouse may be undervaluing their assets or income, it is best to seek professional advice. With our in-house financial forensics team, we can help you avoid this.

Law braves the Outdoors (Wedding): Greater Freedom and Flexibility for Couples
This site uses cookies. Find out more. Continued use of this site is deemed as consent.   CLOSE ✖