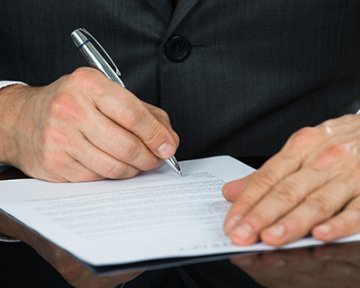 Over the last decade or so, the idea of the prenup has become almost ubiquitous in the media.

From Kanye West’s song Gold Digger to almost every police procedural series (there’s always an episode where someone murders their spouse so they can avoid the terms of their agreement), we’re all familiar with the basic concept.

Acclaimed legal drama The Good Wife has had several episodes focusing on prenuptial agreements, as well as a long running story arc.

And therein lies the problem. Almost all of the media that deals with prenuptial agreements is American, which gives us Brits a pretty skewed idea of what one is, whether we can have one, and what to do if the terms of it need to be enforced.

In short, a prenuptial agreement does what it says on the tin; it’s an agreement between two people before they get married to be used in case of divorce. The content of different prenups can vary widely but they usually contain terms for divisions of assets should the marriage breakdown.

In the world of TV, they may contain social or behavioural clauses for the forfeiture of assets if one or other partner commits adultery though this is more of an American slant on things and such practice is not usual in England.

In the UK, before 2010 prenups did not have any decisive weight when it came to court rulings. This all changed when Vardags represented German Heiress Katrin Radmacher in Radmacher v Granatino. Her ex-husband decided to challenge the agreement where he had signed not to seek any of her money should the pair separate. Though it was widely speculated that Ms Radmacher would lose the case, she and her lawyers prevailed, prompting a profound change in the way prenuptial agreements legally function in this country.

The legal implications for the Radmacher v Granatino case were huge; it paved the way for greater autonomy in marriage and divorce and helped wrest control over matrimonial finance away from the courts. The upshot was that prenups are now enforceable in England and Wales unless they are deemed to be unfair, or not entered into freely.

The Supreme Court’s ruling prompted the UK Law Commission to recommend that prenuptial agreements should be legally binding, with the provision that the needs of each partner and any children they have be taken into account first.

While this all sounds rather nebulous, the Law Commission stated that these provisos were put in place to ensure that spousal support and child maintenance payments could not be circumvented by such agreements, but it does now mean that a person’s assets at the time of entering a marriage can be protected.

It should also be noted that while what we see in the media is all about billionaires and scandalous love affairs, prenups are not just for people with vast sums of money. Anyone who has assets they wish to protect or children they want to ensure extra provision for can and should consider a prenuptial agreement in a world where, sadly, a great many marriages end in divorce.

South Australia refusal to recognise UK same-sex marriage
This site uses cookies. Find out more. Continued use of this site is deemed as consent.   CLOSE ✖