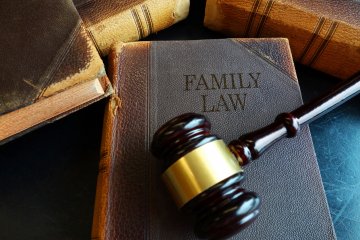 Sir James Munby, President of the Family Division, has called to hasten steps to "de-link" divorce and financial proceedings as well as usher in online divorce.

In the latest ’View from the President’s Chambers’, Sir James Munby, who is the most senior family law judge in England and Wales, advocated strongly for the changes, which would see divorce proceedings completely separated from a couple’s financial disputes.

He warned that the government’s "lamentable history of procrastination" meant that it was unwise to expect "speedy progress", but argued that the differences between the processes made the de-linking a prudent step which would simplify divorce proceedings and take the strain off the oversubscribed financial remedies administration:

Divorce, as a process, is largely administrative and bureaucratic...in contrast, judicial involvement in money claims is significant.

The de-linking of divorce and financial remedies and introduction of online divorce are procedural changes designed to go hand-in-hand.

Reports from the FPRC’s open meeting last December indicate that preparations for online divorce petitions are underway and since January this year, an online divorce scheme, substantially different to Form D8, has been piloted in the East Midlands Divorce Centre in Nottingham. When applicants have contacted court staff asking for advice on applying for divorce, they have been directed to this service.

"The President has made no secret of his desire to build a Family Court system which is fit not only for the future, but for the mores of the society which it serves. The current, paper based divorce process places a huge burden on both litigants and court staff. Documents have to be filed in triplicate, and are often rejected for trivial reasons. Each stage also requires the approval of a judge, who are already overstretched with more important duties. As has happened with the online systems for County Court money claims, the move to an internet portal will benefit both the court system and court users."

Alongside these procedural changes which Sir James Munby emphasised should proceed "as fast as sensibly possible", he also emphasised the need for more substantive reform of divorce law, specifically citing the need for ’no-fault divorce’. This, as the Court of Appeal emphasised in the Owens appeal in March, requires new legislation to change.

John Oxley, who is a prominent advocate for no-fault divorce, explained how reform would ameliorate the entire system:

Removing the need to justify to a judge why the marriage should end will make ending a marriage into an administrative process. This will not only allow it to be streamlined, but also stop parties from having to blame each other for the end of their marriage, allowing the process to be more amicable and less detrimental to their future relationship and co-parenting."

Sir James Munby’s vision will meet with little resistance amongst family lawyers. Whether the next government will cease the executive’s "procrastination" over family law reform remains to be seen.

Wife refused divorce takes case to Supreme Court
This site uses cookies. Find out more. Continued use of this site is deemed as consent.   CLOSE ✖