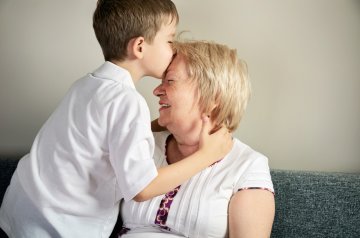 An estimated 200,000 children in the UK are raised by people other than their parents outside of the foster care system. Over 180,000 of these children are looked after by family members, and the rest by friends and neighbours, all of whom named ‘kinship carers’. For a long time, it has been assumed that it is most beneficial for children to live with their parents but these many cases prove that, even if it is possible to do so, this is not always the best option. Indeed, recent research conducted by Grandparents Plus has shown that those living with kinship carers who had contact with their mothers as teenagers were more likely to have poor mental health as young adults than those who had no contact.

Children end up living with kinship carers for a whole variety of reasons. It could be the result of parental death or illness, neglect, abuse, addiction or imprisonment- anything which causes the courts to deem the parents unfit to care for their children fulltime, or at all. Ultimately, the kinship carer steps in to prevent the child from being taken into foster care where they may grow up in a unfamiliar environment with unfamiliar people. Research conducted by the University of Bristol in 2015 confirmed the benefits of growing up in kinship care over foster care:

‘Children in kinship care are more likely to have better mental health and behavioural outcomes due to the stability of placements and they are also more likely to preserve their identities through family and community ties.’

Out of the children who live with another family member, 51 percent reside with a grandparent, 23 percent with an older sibling, and the rest with another relative.

However, it is common for unsupervised contact with parents to be quite distressing for children in kinship care. Sometimes the parents, often under the influence of drink or drugs, at best use bad language and at worst become physically or emotionally abusive. In some cases, the parents fail to turn up at all. This sort of behaviour has led many kinship carers to believe contact with parents has a detrimental effect on the child’s welfare.

The charity Grandparents Plus carried out research to see what impact maintaining contact with parents has on children in kinship care. Funded by the Paul Hamlyn Foundation, Growing Up in Kinship Care: experiences as adolescents and outcomes in young adulthood is the first UK study to address these issues. Through leading interviews with 53 young people aged 16-26, and 43 kinship carers, they found that 42 percent of those who had contact with their mothers as teenagers were prone to poor mental health, compared to 12 percent of those who had no contact. Sarah Wellard who conducted the interviews stated that difficult contact with mothers can have enduring negative impact on children which in turn puts strain on the family courts system:

“Contact with parents can be very helpful for children but it’s about the relationship with the child, how much support is offered, and whether it is supervised or not.”

Despite the reality that so many children in the UK are dependent on kinship care in this way, there is an appalling lack of support for the carers themselves. The injustice lies in the fact that, as kinship carers are friends or family, their sacrifices are taken for granted and they do not receive any of the help that foster carers do. This lack of financial assistance saves the government hundreds of thousands of pounds a year in fostering costs. Often children are placed with kinship carers under a Special Guardianship Order (SGO) which means that no involvement from social workers is necessary, leaving the carers to manage everything alone. Nearly half of kinship carers have to give up work to look after the children and a similar amount admit that they are not getting the financial support they so dearly need. As a huge proportion of kinship carers are grandparents, many are already caring for partners and also have their own health needs to tend to. This lack of recognition or rights for kinship carers not only punishes the carers for nobly taking on the challenge, but also severely impacts the children as many live below the poverty line as a result.

As of April 2017, legislation has been introduced which further penalises kinship carers. The decision to roll out a two-child tax credits cap has left kinship carers who already look after two children unable to afford to have their own child. Melanie Onn, MP for Great Grimsby, wrote an article for The Times explaining how the policy’s exemption for kinship carers only benefits those who already have their own children, commenting “as is often the case with kinship carers, the heroic work they do every day was forgotten in the policymaking process.” One of Onn’s constituents who gave up her studies to raise her three younger siblings after their mother’s death could be missing out on a maternity grant of up to £3,000 to care for her own child because of this loophole. Keen to raise the profile of kinship carers, Onn called a debate in Parliament in October: ‘This House has considered social security support for kinship carers’. The Parliamentary Under-Secretary of State for Work and Pensions, Caroline Dinenage, assured the room that the Government recognises the “pivotal role” played by kinship carers and exceptions for third and subsequent children have been developed, however she stressed that “the decision to have more children should be taken based on whether the claimant can afford to support additional children”.

The recent research and political spotlight on kinship carers is finally forcing the issue into the news agenda. As increased life expectancy means that it is no longer unusual for children to grow up knowing their grandparents and 93 percent of families rely on their help in some way, it is a travesty that there is so little recognition of their contribution as kinship carers. For kinship carers of other relations to the child, their support is also vital but too often invisible. It is clear that, whether the matter circulates around pastoral support or welfare entitlements, kinship carers must be afforded better rights and resources to continue the selfless work that they do to keep children out of care.

Time spent with a child under supervision of a third party. This can be a family friend, trusted relative, or childcare professional.
“Ayesha Vardag - Britain’s top divorce lawyer.”

Elvis and Priscilla’s divorce papers to go on auction
This site uses cookies. Find out more. Continued use of this site is deemed as consent.   CLOSE ✖