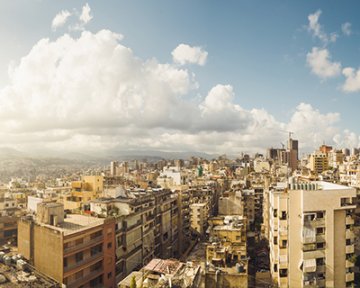 Following a failed attempt to retrieve her two children from their father’s care in Beirut, Australian mother Sally Faulkner was detained by Lebanese police and charged with kidnapping. What was allegedly intended to be the dramatic denouement for a soapy 60 Minutes documentary has the potential to corrode Lebanese-Australian relations.

Quite how this saga initially unfolded is uncertain, with Ms Faulkner and her estranged husband Ali Al-Amin giving conflicting accounts of the situation, and international newspapers differing in terms of the case minutiae. However, out of the media frenzy, some kernels of truth can be found.

In 2013, Ms Faulkner and Mr Al-Amin were residing in in Beirut with their young children -a daughter, now aged 5, and a son, now 4. Due to mounting violence in the region linked to the Syrian war, Ms Faulkner moved her children back to her native Brisbane. As reported by the Daily Mail, Mr Al-Amin alleges that his wife claimed she was merely taking the children on holiday, but upon arrival in Australia “tore up the children’s passports”.

Over the next two years, Mr Al-Amin made several visits to Brisbane, the last occurring in May 2015 when he collected his children for a trip to Beirut. According to The Guardian, “over a series of Skype calls”, Mr Al-Amin made it clear to Ms Faulkner that they would not be returning.

All was quiet on Lebanon’s Western front until earlier this month when the children, accompanied by their paternal grandmother, were allegedly ambushed by a group of operatives acting on behalf of Ms Faulkner and bundled into a car. However, the apparent child recovery operation was thwarted by Lebanese forces, who detained Ms Faulkner alongside Australian journalist for the TV network Channel Nine Tara Brown and her crew. The role of the television crew, employees of the 60 Minutes current affairs series, in the attempted kidnapping is still unclear, but Channel Nine asserts that they were in Beirut to “film and interview Faulkner after she was reunited with her children”.

Both Faulkner and the Channel Nine cadre remain in police custody in Lebanon, alongside four other people including a “former UK-based detective turned ‘child recovery specialist%27”. ABC reports that Ms Faulkner’s lawyer has confirmed that the desperate mother funded the recovery operation using money given to her from 60 Minutes.

Now, Lebanese judge Rami Abdullah is allegedly urging Ms Faulkner to come to a custody deal with Mr Al-Amin in order to potentially secure her own release. However, it is unlikely that Faulkner will be able to regain primary custody of her daughter and son. As The Guardian asserts, “estranged, foreign mothers often have little recourse through the courts to challenge a father’s custody” in accordance with Middle Eastern family law.

Furthermore, Lebanon is not a signatory of the Hague Abduction Convention, which encourages that children be returned to their country of habitual residence -in this case Australia -where any ongoing child arrangement proceedings would then play out.

However, the matter could be resolved with the help of a little known agreement between Lebanon and Australia, which provides a “framework to assist parents of either country to resolve disputes across international borders”. Whilst this process can be “slow and frustrating”, co-operation between the two countries could give rise to a reassuringly diplomatic solution. After all, there is already one bickering pair at the heart of this case.

The case has been adjourned until Monday. Both Ms Faulkner and Mr Al-Amin profess, convincingly, that their actions were motivated by love and concern for the wellbeing of their offspring. Yet when deceit of the other parent is an intrinsic part of their plans, it seems highly dubious that this could lead to a happy ending.

Drew Barrymore and Will Kopelman announce divorce
This site uses cookies. Find out more. Continued use of this site is deemed as consent.   CLOSE ✖