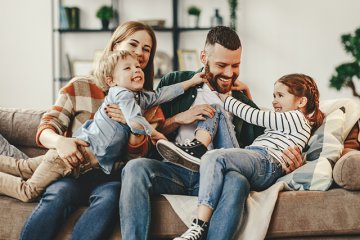 High Court Judge Mr Justice Mostyn has suggested that superstar novelist Ian McEwan made a rookie error in naming his 2014 novel The Children Act. While Mostyn J finds the novel “excellent”, he was less than convinced by the title.

McEwan’s acclaimed novel tells the story of a fictitious High Court judge of the Family Division, named Fiona Maye, who must pass judgment in a case of a teenage child of Jehovah’s Witness parents, who is refusing a blood transfusion on religious grounds. She must decide if this teenager, Adam, should undergo the medical treatment without his consent.

In my opinion a question of whether a medical procedure should be forced on a 16 or 17 year old should be sought solely under the High Court’s inherent jurisdiction, and not under the Children Act.

In a footnote to that judgment, Mostyn J elaborated on this point, writing:

It is for this reason I think that Ian McEwan’s excellent novel The Children Act (Jonathan Cape 2014), which is about a 17 year old Jehovah’s Witness refusing a blood transfusion, is in fact incorrectly titled.

The novel received a mixed critical reaction when it was first published, with The Observer calling it a "compelling study of rational versus religious belief" and The Independent "a thrillingly grown up read" while The Spectator labelled it "improbable, unconvincing and lazy… unforgivable" and The Telegraph bemoaned its "diminishing returns".

It is often the case that specialists in certain fields do not take kindly to artistic interpretations of their work and worlds. Doctors will inevitably find medical dramas exasperating – even if the humour rings true – and lawyers may baulk at the worst excesses of TV courtroom melodrama, finding it woefully inaccurate.

It’s interesting, then, that McEwan’s novel has actually been very well received among family law practitioners. A review of the novel in Family Law Week when it was first published, noted this, with the review’s author Sarah E Green writing:

This book has been received by the legal community with much aplomb, although with somewhat less enthusiasm from a handful of critics outside of the legal sphere. It is a must-read for any family lawyer with a passion for literature.

According to McEwan himself, the novel was inspired by a dinner he had with a ’bench’ of judges, including Sir Alan Ward.

It may, of course, be that the title of the book is not supposed to be a literal allusion to the 1989 piece of legislation, but a play on its title that is designed to be interpreted rather more loosely.

Mr Justice Mostyn’s full judgment in the case of Re JM (A Child) can be read here.

Can a wife be ordered to leave the family home?
This site uses cookies. Find out more. Continued use of this site is deemed as consent.   CLOSE ✖