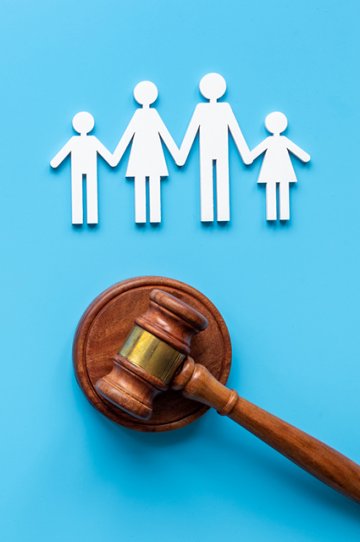 Mostyn J has passed judgment in the case of MG and JG v JF EWHC 564 (Fam), awarding an order for costs funding against a father of ‘reasonable means’, and delivering a damning critique of the state of legal aid in private cases.

MG and JG, the applicant mothers, were civil partners. In 2005, they decided they wanted a child and entered into an agreement with the respondent father, JF, that he would be the biological father of their child, JFG.

It was agreed that JFG would live with his mothers but have contact with his father on a monthly/bi-monthly arrangement. Unfortunately, the relationship between the mothers and the father became fraught.

By 2012, the relationship had completely broken down and contact ceased. The father issued an application for contact, a section 8 application seeking specific issue orders regarding education and healthcare, and an application for intervention from a child psychiatrist. The child is now aged 7.

The issue as to costs

Both the father and the mothers had counsel through the Direct Access Scheme. The father was able to fund his legal costs. The mothers, who would previously have qualified for legal aid before it was ‘wiped away’, extended their mortgage by £20,000, but were still unable to pay counsel’s fees. They applied to the court under Schedule 1 of the Children Act for an order that the father cover 80% of their claims.

Children law is a long-established exception to the general rule in English law that the loser pays the winner’s costs, and for obvious reasons: there are no ‘winners’ and ‘losers’ in children law. The focus of all legal proceedings should be the best interests and welfare of the child. The basic rule on costs in private law children proceedings was confirmed in the Supreme Court decision of Re T (Children) UKSC 36: costs were only to be awarded where reprehensible behaviour of an unreasonable stance was proved against the party from whom the costs were sought.

It was once possible to apply for legal aid funding for private children law cases. However, the Legal Aid, Sentencing and Punishment of Offenders Act 2012 (’LASPO’) (in force since 1 April 2013) removed legal aid from private law children proceedings, save in those exceptional cases where domestic violence is a central feature.

A proviso with a very high bar was introduced by section 10(3)(b) allowing the Director of the Legal Aid Agency to award legal aid where ’it is appropriate to do so, in the particular circumstances of the case, having regard to any risk that failure to do so would be a breach’ of the European Convention on Human rights. However, the bar is so high on that exception that between December 2013 and March 2014 only one solitary case was caught by the ’safety net’ of the exception.

With neither reprehensible behaviour of an unreasonable stance nor domestic violence applicable in this case, the only option available to the mothers was to make an application under Schedule 1 of the Children Act 1989 for some of the father’s capital to be released to the child, and those funds be used to pay for their legal costs.

He accepted that, to the father, the distinction might be deemed “specious”, but said he had no other option, “now that the fourth pillar of the welfare state has been largely demolished”.

Mostyn considered and applied the principles of Rubin v Rubin EWHC 611 (Fam) and Currey v Currey (No 2) EWCA Cov 1338, particularly the recognised advantages afforded by competent representation and the ’equality of arms’ in the investigatory process.

Mostyn expressed his frustration at the current state of legal aid in family law cases. Not only did he detail numerous occasions on which the wider judiciary has considered cases focused on the “gross unfairness meted out to a parent… by the denial of legal aid”, he also expressed concerns that the increase in litigants-in-person would serve only to increase the possibility of “incorrect and therefore unjust cases”.

Although apologetic to the father in question, Mostyn was of the opinion that to deny JG and MG costs towards representation in the complex factual and legal case was to potentially create a “gross inequality of arms” and “arguably a violation of their rights” under both the European Convention of Human Rights and the European Charter of Fundamental Rights.

Unless Mr Justice Mostyn’s decision is successfully appealed, the decision could pave the way for more applications for costs funding under Schedule 1 of the Children Act; lack of funding and costs in private children matters could soon become a thing of the past.

There is a possibility that this will act as a deterrent to those considering bringing a private children case, particularly where there is a disparity of wealth between the parties. The fear will be that they will be responsible for paying the other party’s costs as well as their own.

K v K: Consideration of conflicting facts and a decree of nullity
This site uses cookies. Find out more. Continued use of this site is deemed as consent.   CLOSE ✖