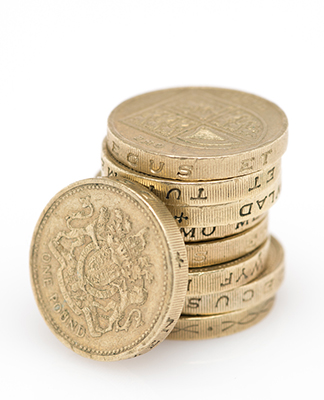 In the Family Court of the Royal Courts of Justice at the end of April, Mr Justice Mostyn presided over a mother’s application for further capital provision from her millionaire ex-partner. He concluded with a stern criticism of the current child support legislation which, without the assets ground of variation, enabled the ex to pay a measly £7 a week.

The mother’s claim is the latest in the “extraordinarily ferocious” and “virtually continuous” litigation between the two parties. The mother and father had a son, ‘N’, in 2001 and separated in 2002, starting legal disputes in July of the following year.

The claim for further capital provision, called “relatively modest” by Mostyn J, was launched on 5 April 2013. The mother requested £20,600 to cover the costs for a new car, a laptop for N and 50 percent contribution to other expenses, including his trips abroad. The reason why the claim was only dealt with in April 2017 was because of it being adjourned, then re-fixed only to be derailed when the mother made an Insolvency Act application. Meanwhile, both parties appealed against Child Support Agency assessments, for which a final decision was given in 19 April 2017.

Mostyn J reminded the parties that the court does not ordinarily have jurisdiction to make an award to meet everyday living expenses but can do so for capital expenditure. The court can therefore make an award of capital to meet housing needs and, in May 2005, the father was ordered to pay £220,000 to provide N with a home and £20,000 (amended to £24,800) for moving costs. Mostyn decided that the current claim could legitimately be sought under Schedule 1 and ordered the mother to be paid the requested £20,600.

In determining whether the father had the means to pay such a sum, Mr Justice Mostyn was clear: “Can the father afford to pay £20,600? Of course he can. He is a rich man”. His assets were estimated around £5,205,000 and he had virtually no outgoing costs as his elderly parents met his quotidian expenses in exchange for his care of them. In contrast, the mother earns £500 a month working part-time for an accountant. She also receives working and child tax credits and child benefit. Considering her responsibilities to her son, Mostyn conceded that it would not be reasonable to expect her to work full-time.

Despite this huge disparity between the assets and earning capacity of the mother and father, since 3 January 2017, the latter has paid only £7 a week in child support. The father does pay half of N’s school fees (the rest is provided by the mother’s mother), but Mostyn J calls his lack of support for daily living costs “a most disturbing state of affairs”. Although he thinks the father’s “parsimonious approach” to supporting his son is “little short of scandalous”, in the last section of the judgment, Mostyn J places the onus on the child support system.

Under the regime of the Child Support, Pensions and Social Security Act 2000, a parent could seek variation on the grounds that the other parent had assets. However this was replaced with the Child Maintenance and Other Payments Act 2008 which came into force in 2013, from which the assets ground of variation was removed. The case was transferred into this regime in October 2015 when the father had begun receiving his state pension. As this new system disregarded the father’s capital and based its calculations solely on his pension, it was possible for him to pay the “pitiful” minimum sum of £7 a week. Mostyn J concludes: “In my opinion the government needs to consider urgently the reinstatement of the ‘assets’ ground of variation.”

Following this damning indictment of the child support system by a well-respected member of the judiciary, it is likely that the pressure to change the current legislation will continue to mount. Backing Mostyn’s criticism, Sophie Groves, Senior Associate at Vardags, gave some insight into how this system is open to manipulation by the wealthy:

"In this global age where “super earners” are increasingly ingenious in the way that they manage their finances and hold their assets, the CMS offers a woefully unsophisticated system that continues to fail the most vulnerable, leaving a significant band of children penalised due to the disparity of wealth between their parents. These are not parents who are impoverished, quite the opposite. These are parents who are able to arrange their wealth to fall outside of the unyielding CMS criteria, circumventing their responsibilities to their children."

Mr Justice Mostyn made an immediate and absolute order under the Charging Orders Act 1979 for the father to pay the mother £20,600 by 1 June 2017.

How to raise a family in a “three-lationship”
This site uses cookies. Find out more. Continued use of this site is deemed as consent.   CLOSE ✖