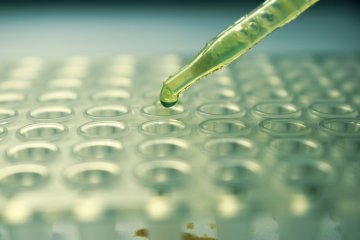 The Ministry of Justice has announced that the government has been made aware that police are looking into the potential manipulation of forensic toxicology test results at two private companies, Trimega and Randox. The results from such tests are not uncommonly used in family law proceedings as expert evidence. The MoJ says that it recognises “the seriousness of the issue, and the concerns people who have used the courts may have about its implications for them”. This issue first came to the attention of the government in January 2017 when Randox Testing Services informed the Greater Manchester Police of concerns that there may have been manipulation of test results at their laboratories. Following further police investigation, it came to light that similar issues may have occurred at Trimega laboratories.

The MoJ set out guidance on the use of toxicology reports in family law proceedings and the next steps individuals should take if they feel they may have been affected. In cases where a court is asked to make decisions about a child’s upbringing, a toxicology test may have been ordered to assist the court with the decision making process. The tests which may have been manipulated include hair strand tests for drug and alcohol use undertaken by Trimega Laboratories Limited between 2010 and 2014. According to Nick Hurd, the Minister of State for Policing and the Fire Service, results from all tests carried about by Trimega in that period are being treated as potentially unreliable, but the number of persons affected is unknown.

Those who believe a test in their case was carried out by Trimega, and who believe such a test may have materially affected the decisions made in respect of their child, are encouraged by the MoJ to contact their local authority or their original solicitor who dealt with the original proceedings. Local authorities have also been asked to review their records to establish if any tests were commissioned from Trimega and then to consider whether any further action is required. If the final order made by the court was likely to have been affected by an unreliable test result, individuals may ask the court to consider changing or setting aside that order, for which the MoJ have set out additional guidance.