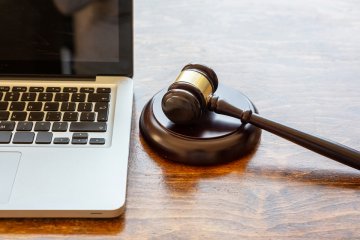 HM Courts & Tribunals Service announced that its fully online divorce application pilot is going to be tested across England and Wales.

January 30 2018A ten month online divorce pilot scheme taking place at the East Midlands Divorce Centre in Nottingham, is set to be extended by the Ministry of Justice MoJ. It is anticipated that couples will soon be able to apply for a divorce from the comfort of their home by completing and online application process as part of the billion pound reform of the family justice system.

At present, anyone seeking a divorce is required to fill out the traditional paper forms and then send them to court for processing. Earlier this year, the MoJ announced its intention to trial an online divorce scheme for applications which met prescribed conditions and which were filed between 2 January and 29 July 2017. This scheme only allowed applicants to carry out a reduced amount of the process online but the aim is to enable the whole divorce process to be executed online. This is currently being tested at three sites across the UK.

Critics of the scheme, including Harry Benson of the Marriage Foundation, have expressed concerns that online divorce could risk trivialising the process. Others have added that the online divorce pilot may just be a way of drawing attention away from the fact that the family court service is “woefully under-resourced” and some are “borderline administratively dysfunctional”.

The family justice system has been undergoing an extensive digitisation process over the past couple of years. It is hoped that this overhaul of the courts and tribunal system will significantly reduce paperwork and processing time, and bring our family justice system in line with modern society. Ministers hope that this online divorce service will save £250m in costs. However, it appears that it may still be some time before individuals can finalise divorce online and the promised large savings in costs will be seen. Court managers found that four in ten people who filed for divorce online without the assistance of a lawyer had their requests rejected as the form was not filled in correctly. As a result, people still had to visit the divorce centre to receive guidance from officials on completing the form.

Regardless of the difficulties some have experienced in correctly submitting the online form, Adam Lennon, divorce service manager at HM Courts and Tribunals Service (“HMCTS”), said that the pilot has proven extremely successful and “feedback from applicants has been really positive”. The scheme is now running in the additional locations at Stoke and Southampton. Tony Roe, a family law arbitrator who assisted HMCTS with the scheme, said additional features such as online pay are now at a very advanced stage and HMCTS will consider next year when to extend the service across England and Wales.

Re D (A Child): Can a parent give consent to a teenager's confinement?
This site uses cookies. Find out more. Continued use of this site is deemed as consent.   CLOSE ✖