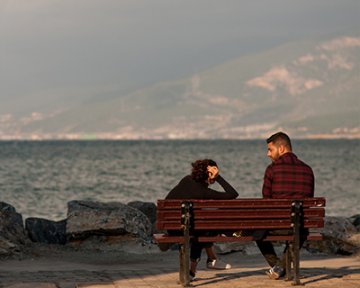 The end of the summer is always peak time for breakups. And now, more than ever, couples are looking for fast and amicable ways to get divorced.

Couples can often fall at the first hurdle. In many cases there is no one party at fault but in England and Wales there are only five ways to get divorced and three of those involve having lived apart for at least two years. To divorce quickly requires one party to allege adultery or unreasonable behaviour. In circumstances where there has been no affair, couples very quickly end up in a ‘blame game’. Lawyers work hard to draft anodyne ‘unreasonable behaviour’ particulars but even when parties are aware enough to realise apportioning blame is just a formality, it can still be upsetting to read your so called ‘unreasonable behaviour’ in black and white. It is also cleat that not all marriages end because one party has been unfaithful or in any way unreasonable. Some marriages will just come to a natural end. The current legal system fails to reflect that.

There is a private members’ bill to introduce ‘no fault’ divorce in England and Wales that is currently being reviewed by Parliament. This bill is championed by many legal professionals, including Vardags, and Baroness Hale, deputy president of the Supreme Court. But what to do to find the swift amicable solution until the law changes?

More and more people are choosing to represent themselves in divorce proceedings. However, it is likely that the spike in litigants in person is as a result of cuts to legal aid rather than a drive to resolve things amicably. Indeed many litigants in persons end up frustrated and feeling unfairly treated by laws and a discretionary court system they know little about. It can also slow matters down when one party is representing themselves. If a divorce is relatively straightforward then acting as a litigant in person can be effective and the courts are used to dealing with parties without legal representation. However, if the marital assets are complicated, money is well spent getting expert advice. What you are effectively negotiating is a financial deal and it is unlikely that the same people would enter into such high financial stakes without expert advice. Therefore whilst taking the D.I.Y approach might appear to be the cheap, efficient way to deal with matters, the ramifications of a financial settlement are often long lasting.

If speed is your thing, then perhaps it is time to check into the Divorce Hotel. The Divorce Hotel was set up by Jim Halfens in 2011 and is up and running in the Netherlands and New York. The couple go to the hotel and spend the Saturday with a specially trained lawyer. Negotiations then continue all weekend, with accountants, estate agents and trained counsellors on hand to aid the process. The idea is that an agreement is reached by the Sunday evening, with all documents signed and dealt with over the course of the weekend. The company behind the Divorce Hotel plans to bring it to the UK soon. What is clear, however, is that this approach will only work if the couple are able to discuss matters sensibly and respectfully. The Divorce Hotel is based on mediation principles so if there is not complete transparency in terms of assets then everyone is sent home. The idea that the divorce and financial settlement can be dealt with over a weekend sounds ideal but when a breakdown in a marriage often leads to mistrust or resentment such organisations are only going to be suitable in a limited number of cases. Matters relating to children are also not discussed and a parenting plan already needs to be in place before a room can be booked at the Divorce Hotel.

So, whilst England and Wales remain waiting for the law to catch up with modern society, couples are having to resort to representing themselves or lawyer assisted mediation more than ever. Once divorce proceedings are able to start off on the right foot, without the need for the initial ‘blame game’, modern couples should be able to access a court system that works for them.